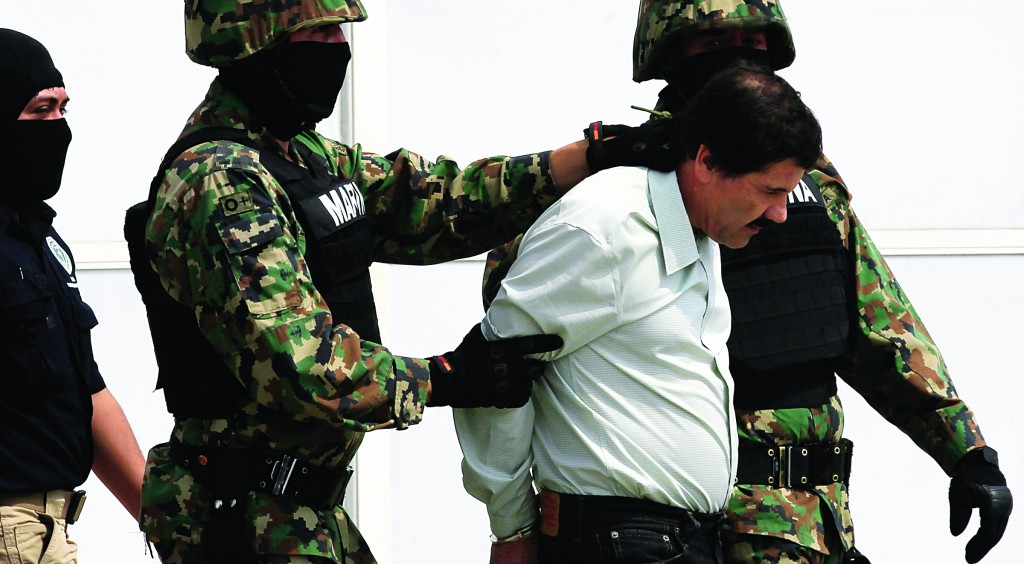 New details are emerging about the arrest of one of the world’s most-wanted drug lords.

A U.S. government official and a senior federal law-enforcement official say cellphone intercepts and the arrests of a courier and top aide to Joaquin “El Chapo” Guzman led to his arrest early Saturday.

The officials say U.S. and Mexican authorities found a cellphone belonging to the aide on Feb. 16 at a house where drugs were stored.

Another wiretap run by Immigration and Customs Enforcement led authorities to the beachfront condo where Guzman was taken into custody.

Guzman was armed with a military-style assault rifle when he was arrested.

The officials spoke on the condition of anonymity because they were not authorized to discuss details of the investigation.

For 13 years Joaquin “El Chapo” Guzman watched from western Mexico’s rugged mountains as authorities captured or killed the leaders of every group challenging his Sinaloa cartel’s spot at the top of global trafficking in illegal substances.

Unscathed and his legend growing, the stocky son of a peasant farmer grabbed a slot on the Forbes’ billionaires’ list and a folkloric status as the capo who grew too powerful to catch. Then, late last year, authorities started closing in on Guzman’s inner circle.

By Saturday, they had nabbed Guzman, 56, in the resort city of Mazatlan, where he fled after reportedly escaping the law-enforcement ring set up in Culiacan.

“My sense in talking with Homeland Security officials and others last night is that we were able to penetrate his circle, get people within the organization to cooperate,” U.S. Rep. Michael McCaul, chairman of the House Committee on Homeland Security. “Itnot just the most significant capture and the arrest of one man, but it bodes well for our efforts to dismantle and unravel the Sinaloa Cartel.”

McCaul called on Sunday for Guzman to be extradited to the U.S. to ensure he remains behind bars, noting that the drug lord escaped from prison in 2001 and corruption continues to plague Mexico.

But the Mexican operation that netted Guzman was praised across the board in the U.S. as a sign of President Enrique Pena Nieto’s commitment to battling organized crime.