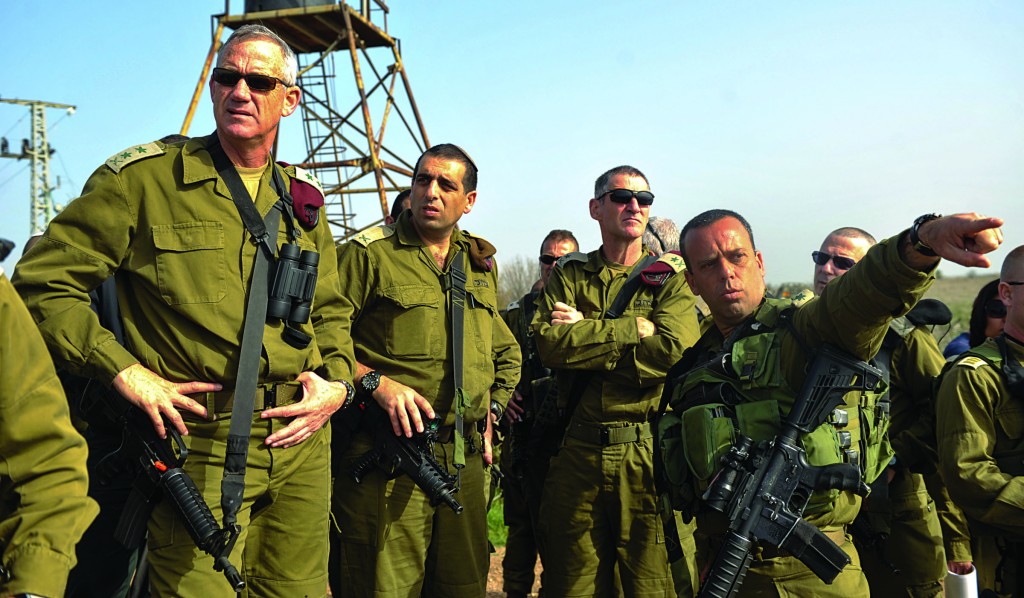 In a historic shift, the IDF has brought a new division in to guard the border with Syria, and rotated away the division previously responsible for the area, as it readies itself for possible trouble from the radical elements that have gained a foothold in southern Syria.

The 36th Armored Division, which has been stationed in the Golan Heights for 40 years, is being replaced by the 210th Regional Bashan Division to significantly boost border security and stability, The Jerusalem Post reported.

During a tour of the Golan Heights on Sunday, IDF Chief of Staff Lt.-Gen. Benny Gantz said that while the Israeli side of the border looks quiet, “underneath the quiet, a storm is raging.”

There is no region in which Iran is not involved, he said, and the Islamic Republic is “giving out torches to pyromaniacs who are running wild in the region.” Syria is neck deep in the civil war, and hundreds of its civilians are losing their lives every week, Gantz added. “We are maintaining operational readiness.”

The military sources said they do not expect Syria to emerge intact from the chaos of the civil war, though what the outcome will be is impossible to foretell.

But they do believe that the conflict will mark a strategic change that will be studied in future textbooks on Middle East history.