Israel Traffic Congestion in Israel to Double in 20 Years
Israel 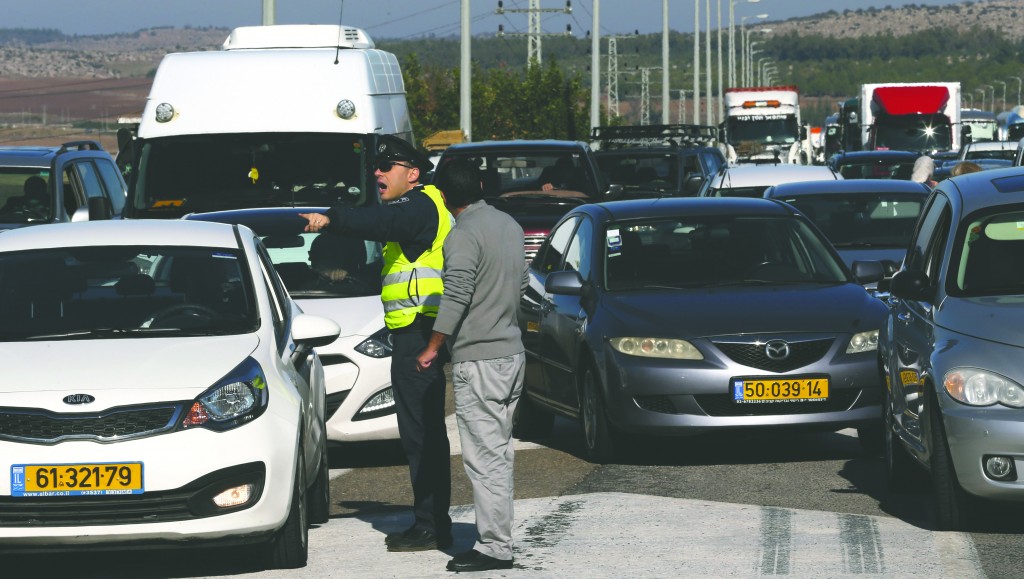 Government transportation experts say have they have peered into the future and have seen — even worse traffic jams than Israel has now, reports Globes.

“Congestion on the roads is expected to rise to the point that the network of major arteries in cities fails completely in the morning hours,” they write. “Every motor vehicle traveler is expected to waste more than 60 additional minutes on average per day as a result of congestion,” “the lengths of the traffic jams will double,” and “the loss of economic productivity will rise to 25 billion shekels each year.”

Traffic congestion in Israel is already ranked among the worst in the world: four times worse than Denmark and Switzerland, and twice as bad as the UK.

By contrast, public transport goes underused. In Israel the percentage of trips made on buses and trains is among the lowest in the world: 23%-24% in the big cities, compared with an average of 40% in cities around the world. Of course, it’s hard to blame the average person for avoiding public transportation when the speed in Israel is lower, by roughly 6-7 mph than in world cities abroad. 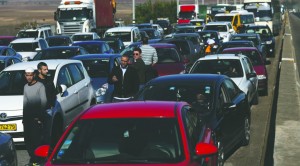 What is the reason that the vaunted Start-Up Nation is so stuck in traffic?

Lack of investment appears to be the main cause. Major Israeli cities lag behind their counterparts around the world in infrastructure investment by tens of billions of shekels.

The average per-capita mass transit investment in big cities in western countries is NIS 50,000. To date, a paltry total of NIS 7,625 has been invested for each Tel Aviv resident, and for each Yerushalayim resident, only NIS 2,642. The most neglected are Be’er Sheva residents, at 1,251 per capita, to date, barely 2.5% of what is invested for each resident of an average city in the developed world.

“Despite the substantial investment in road infrastructure development, the growth rate in road construction does not keep up with growth rate in vehicles, and vehicle kilometers traveled,” says the official Ministry of Transport document from 2012, “A continuation of the status-quo will lead to a doubling of road congestion within 20 years. This would cause a very serious transportation crisis, particularly in major arteries in the Tel Aviv metropolitan area.”

The only light at the end of the tunnel is rail transport. The train has grown its number of passengers tenfold over the past 20 years. But train travel is only a small fraction of total travel in Israel: less than 2% of all travel, and less than 10% of public transit travel.