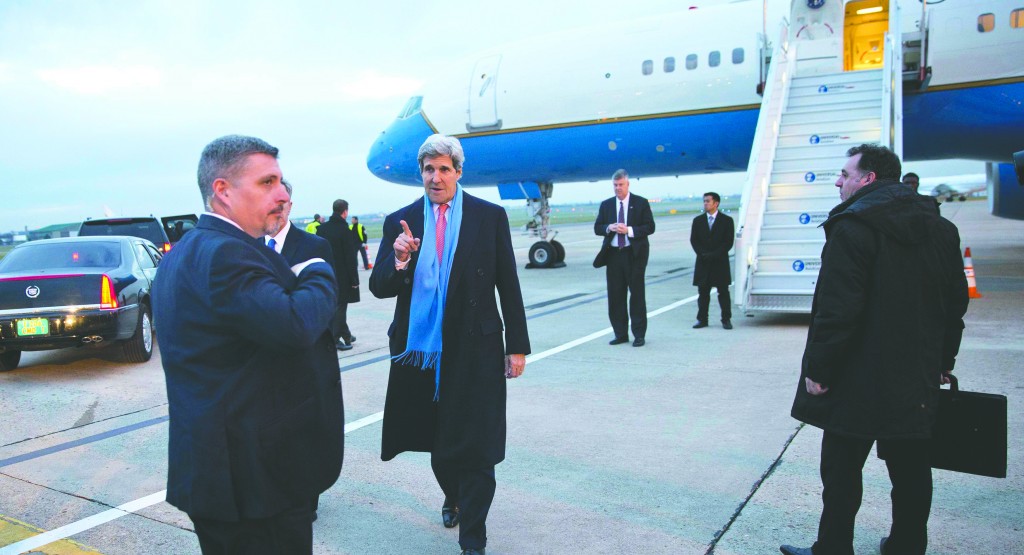 The so-far fruitless peace talks may produce political benefit for the Palestinian Authority President Mahmoud Abbas, as media reports on Wednesday said that the U.S. has asked Israel for a building freeze in Yehudah and Shomron in order to entice Abbas to carry on with talks past the April deadline.

Israel has not yet responded to the request and Washington is not yet pressing for an answer, according to Army Radio.

A commitment from Israel to halt expansion, at least in the major Jewish population blocs expected to remain in Israel, is apparently deemed necessary for Abbas to accept a framework for continued negotiations.

The Palestinians, backed by the EU and Washington, have condemned and complained about every announcement from Yerushalayim of future housing plans over the Green Line, and threatened to quit the talks because of them. Israel, for its part, maintains that a building freeze was never part of the agreement to resume peace talks.

Army Radio report also stated that an “unofficial” freeze might be sufficient, requiring no actual order to halt building, but relying instead on bureaucratic subterfuge to hold up the approval of new projects.

However, Housing and Construction Minister Uri Ariel (Jewish Home) lashed out, calling it “a redundant, deluded idea,” which did nothing to advance peace the last time it was agreed to placate the Palestinians in 2009, Arutz Sheva reported.

While Ariel said he did not know whether the report was true or not, when asked if he thought Netanyahu would consider such a freeze, Ariel replied that “anything can happen.”

Meanwhile, the word from Ramallah on Wednesday was that ideas floated by Washington have not provided a basis for serious talks.

Hanan Ashrawi, a senior PLO official, told reporters that “if the [Kerry] document is so far as we have seen … then it is not even a starting point.”

Among other things, Ashrawi reiterated that they will not meet Israel’s demand for recognition as a Jewish state, and dismissed it as a mere bargaining chip in negotiations.