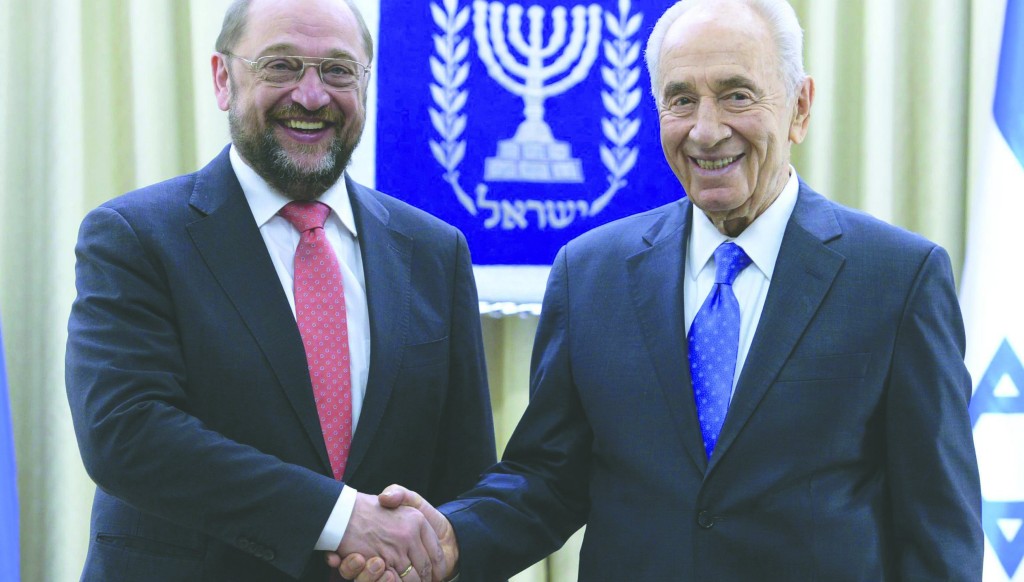 President Shimon Peres quickly scuppered a proposal that his term of office be extended while legislative arrangements are made for a public election to replace the current system whereby the Knesset chooses the president.

The statement that Peres would oppose such a move was issued following radio reports on Wednesday morning that Prime Minister Binyamin Netanyahu was seeking to have Peres remain in office for another year while the selection process would be revised.

Peres said that his decision to step down after the completion of his seven-year term at the end of July 2014 is final, and he is against changing the law.

The Prime Minister’s Office refused to comment on the reports.

A poll conducted by the pro-Netanyahu daily Yisrael Hayom last week said that 72 percent of the public favored direct elections for the presidency, as opposed to only 20% who would rather let the Knesset continue deciding it.

The 90-year-old Peres reportedly has plans to be active on behalf of the Peres Center for Peace, and will likely respond to invitations to speak and receive honors from countries around the world.