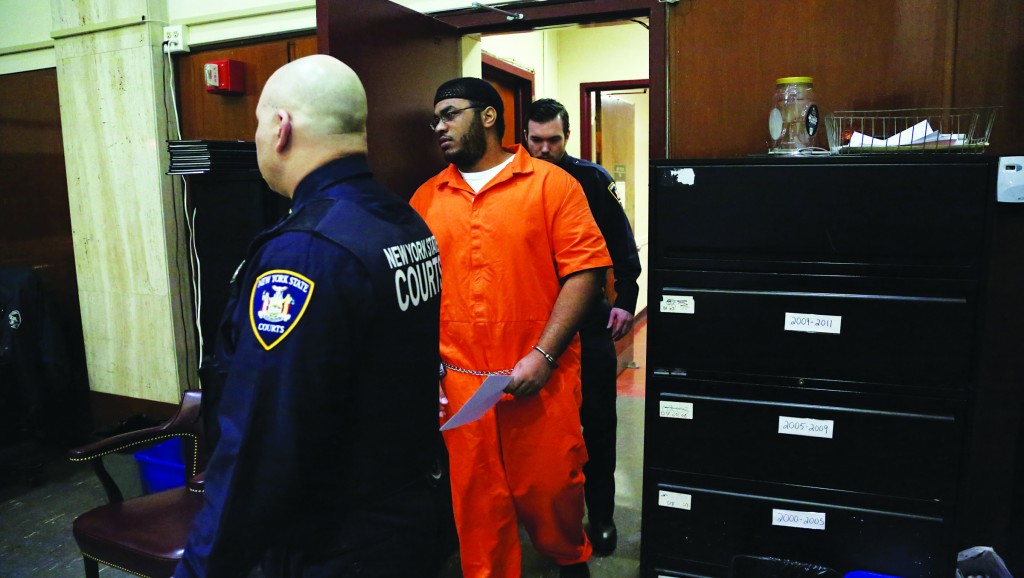 A man accused of building homemade bombs to wage jihad in New York City pleaded guilty Wednesday to a terrorism charge less than a week before his scheduled trial in a rare state-level terrorism case.

Jose Pimentel, a Dominican immigrant who changed his name to Muhammad Yusuf when he converted to Islam, wore a knitted skull cap at the hearing. He acknowledged he’d tried to craft a pipe bomb in 2011, with the idea of using it to make a violent impact on U.S. foreign policy.

He sought, according to a statement a judge read on his behalf, to “try to undermine public support for the wars in Iraq and Afghanistan.”

Pimentel pleaded guilty to attempted criminal possession of a weapon as a crime of terrorism. Authorities have called the case a dramatic example of the threat of homegrown, one-person terrorism plots, but his lawyers have portrayed it as an example of overzealous policing post-9/11.

With the plea, Pimentel, 29, was promised a sentence of 16 years in prison. He could have faced a minimum of 15 years to life if convicted. Jury selection had been due to start Monday.

Pimentel’s lawyers have suggested he would never have progressed from posting Islamist threats to trying to make pipe bombs if police hadn’t sent informants to engage with him.

Pimentel, who converted to Islam around 2004, maintained a website with articles praising Osama bin Laden, describing Sept. 11 victims as legitimate targets and listing reasons to “nuke the USA,” prosecutors said in court papers. He repeatedly clashed with his former wife because of his militant beliefs about Islam, and his mother had thrown him out of her apartment over his views, prosecutors said.

His vitriol deepened in 2011, when he was recorded talking about assassinating a judge, killing returning soldiers and bombing a police station or the George Washington Bridge, officials said; he also talked about targeting Jews. He was arrested that November as he assembled bombs from clocks, bulbs, match-head scrapings and other items acquired at dollar shops and hardware stores, prosecutors said.

Most terrorism cases are federal, but Pimentel was charged under a state law passed shortly after Sept. 11. One similar case involved two men who plotted to blow up synagogues. One is serving 10 years in prison, and the other is serving five.