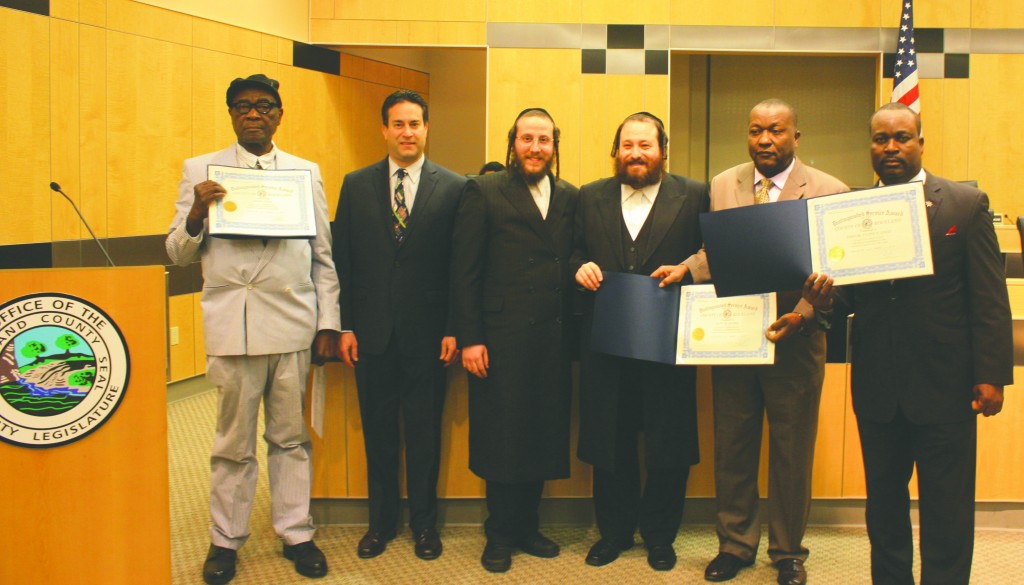 A rabbi, a priest and a cabbie walked into the Rockland County Legislature Tuesday night for an awards ceremony.

Majority Leader Aron Wieder (D-Spring Valley) presented the three men with the Distinguished Service Award for their collective efforts to find and return a wallet lost during a taxicab ride.

Late one recent evening, a constituent contacted Wieder, saying that he had just left his wallet containing a substantial amount of money and important documents in a taxi. He asked Wieder for assistance in contacting the taxi company.

Wieder immediately contacted Pastor Yvon Y. Louis and requested his assistance in contacting Jean M. Andre, the owner of La Familia, a Spring Valley cab service. Through company records, Andre was able to determine that the taxi was operated by company employee Henri Jean. Jean searched the cab and discovered the wallet under the seat.

The wallet and its irreplaceable contents were returned intact to the constituent without a single dollar missing.

“Sometimes in life, it takes big people with big hearts to do little things,” Wieder said at the ceremony. “This is an example of individuals who are concerned about the plight of others and who reflect the values of this caring community.”