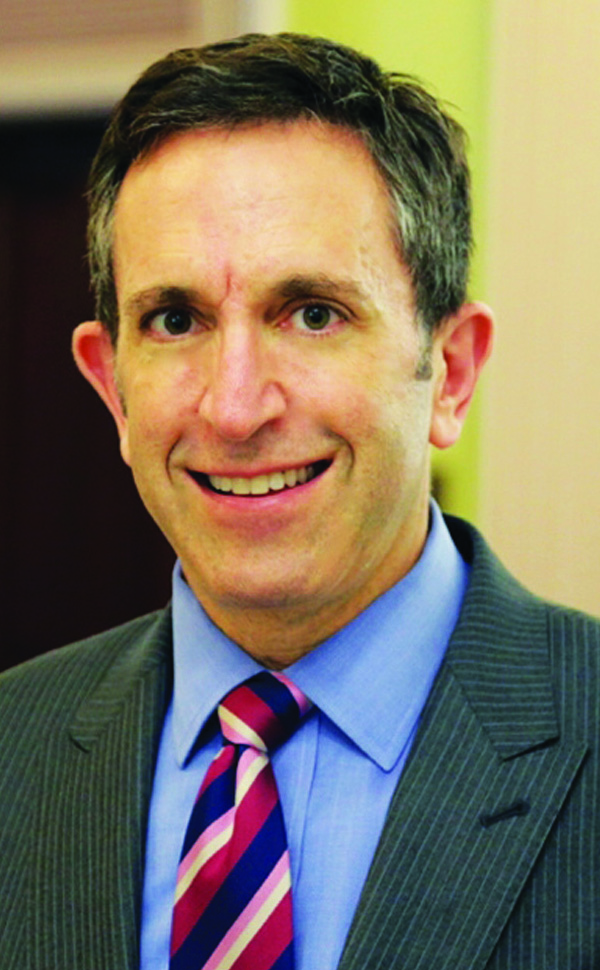 Seeking to retrench after a disappointing Obamacare rollout, the White House is promoting what they call a rebooted Affordable Care Act by targeting individual ethnic communities 40 days before the final deadline to apply for healthcare coverage.

Kicking off a “Day of Action” in the Jewish community Tuesday, Matt Nosanchuk, President Barack Obama’s Jewish liaison, is spreading a list of 18 things Jews can do to “make an impact” before the March 31 deadline.

“The purpose of the day of action,” Nosanchuk, 48, told Hamodia in a telephone interview, “is to work with Jewish community organizations and individuals, to educate constituencies and the public at large how they can explore their options to get covered in the marketplace and enroll for coverage that works best for them.”

Nosanchuk, who was appointed last summer as the gatekeeper standing between the president and the Jewish community, has his work cut out. The federal healthcare law, passed in 2010 but which went into effect last October, suffered a disastrous rollout. The website was frozen for the first couple of months, a nonpartisan agency said more than 2 million jobs will be lost because of it, and far fewer people have signed up for it than expected — principally among the key 18- to 34-year-olds demographic.

However, the White House released a report last Wednesday highlighting data they say proves that the exchange is starting to work as designed.

Young Americans, whose participation is vital to the ACA’s success since they pay more in fees than they cost in healthcare needs, increased their enrollment from 23 percent of the Obamacare pool in the last three months of 2013 to 27 percent last month. The number of people who are uninsured is down and more than 3 million people have opened an account in the exchange.

The administration did not reveal how many of those account holders actually signed onto a plan; anecdotal evidence from state-run plans show that only about 25 percent of those opening an account actually enroll in a plan. An additional monkey wrench is the yearlong delay announced last week — for the second time — of the employer mandate, which requires employers of at least 50 workers to provide medical insurance.

However, Nosanchuk delivered a full-throated defense of the Affordable Care Act, rattling off its key components.

“One thing that is certainly important about the ACA,” Nosanchuk said, “is it has since 2010 enabled children to stay on their parents’ healthcare plan till the age of 26; up to 129 million Americans with preexisting conditions, including 17 million children, no longer have to worry about being denied healthcare coverage or charged higher premiums because of their health status; they can buy coverage on the individual market; they don’t have to worry about having their healthcare cut off once they reach an annual or lifetime limit on benefits; women are not charged higher premiums because of their gender; the plans cover all kinds of preventative healthcare services … at no cost to consumers.”

States such as New Jersey have a federally run marketplace at healthcare.gov, while other states run their own exchange. For example, New York has NY State of Health, which said last week it signed up more than 400,000 people.

Nosanchuk added that for the majority of people, insurance on the exchange will cost “$100 a month or less” per person. The marketplaces offer a variety of plans at different levels — bronze, silver, gold and platinum — with the better plans costing more, but they pay more for medical expenses and have lower deductibles. And many people will qualify for income-based financial subsidies that will lower their monthly premium.

“According to the most recent enrollment data,” Nosanchuk said, “82 percent of people who have enrolled in coverage through the marketplace got financial assistance.”

A Bethesda, Maryland, native, Nosanchuk, Obama’s third liaison to the Jews in five years, has an office in the White House complex. Prior to his appointment to his current job, he served in the Department of Justice’s civil rights division, where he was the point man for toppling the Defense of Marriage Act.

Nosanchuk said he is in contact with groups in the Orthodox world — he mentioned the United Jewish Organizations in Williamsburg — to try to promote the exchange in the community.

The White House, he said, wants Hamodia readers to choose from a list of 18 things to promote the law. These include writing letters to the editor, delivering a “drash,” putting in ads in local papers, spreading the word or persuading young adults to sign up.

He said he saw a slogan by one Jewish group that said, “Sometimes, even Mom’s chicken noodle soup is not enough.”

“Chicken soup takes you far,” Nosanchuk said, “but you need that additional benefit of healthcare coverage.”