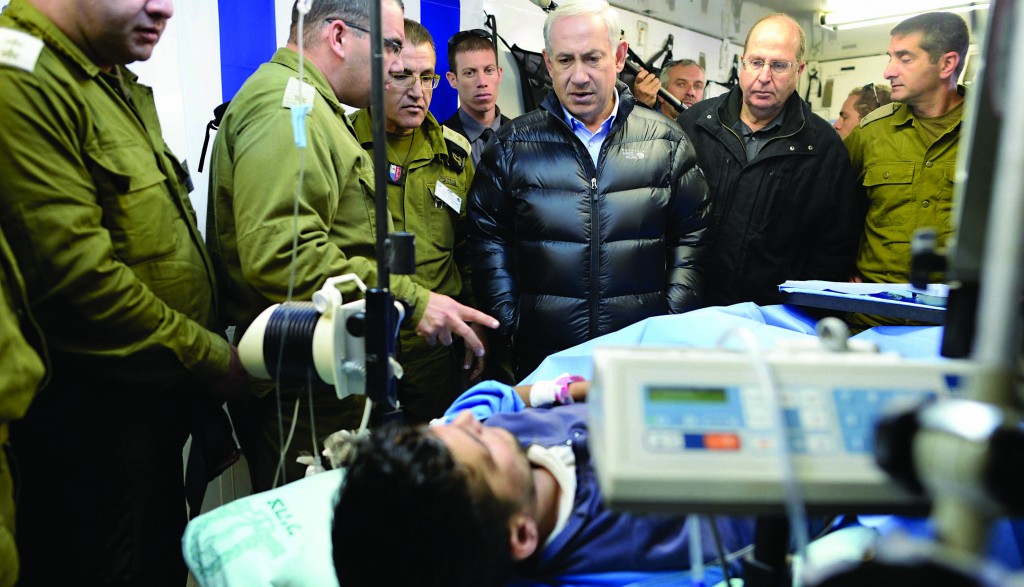 Prime Minister Binyamin Netanyahu, accompanied by Defense Minister Moshe Yaalon and IDF Chief-of-Staff Lt.-Gen. Benny Gantz, toured the Golan Heights on Tuesday, including a visit to a military field hospital where patients wounded in the Syrian civil war are being treated.

Netanyahu said that the sight of the victims of the war shows “the true face of Iran,” which has been backing the Assad regime with arms, financing and training.

“The day that the world powers are opening talks in Vienna with Iran it is important for the world to see pictures from this place,” he said. “This place separates the good in the world from the evil in the world.”

The good, he said, was Israel, which “saves lives from the daily slaughter taking place in Syria. This is the true face of Israel.”