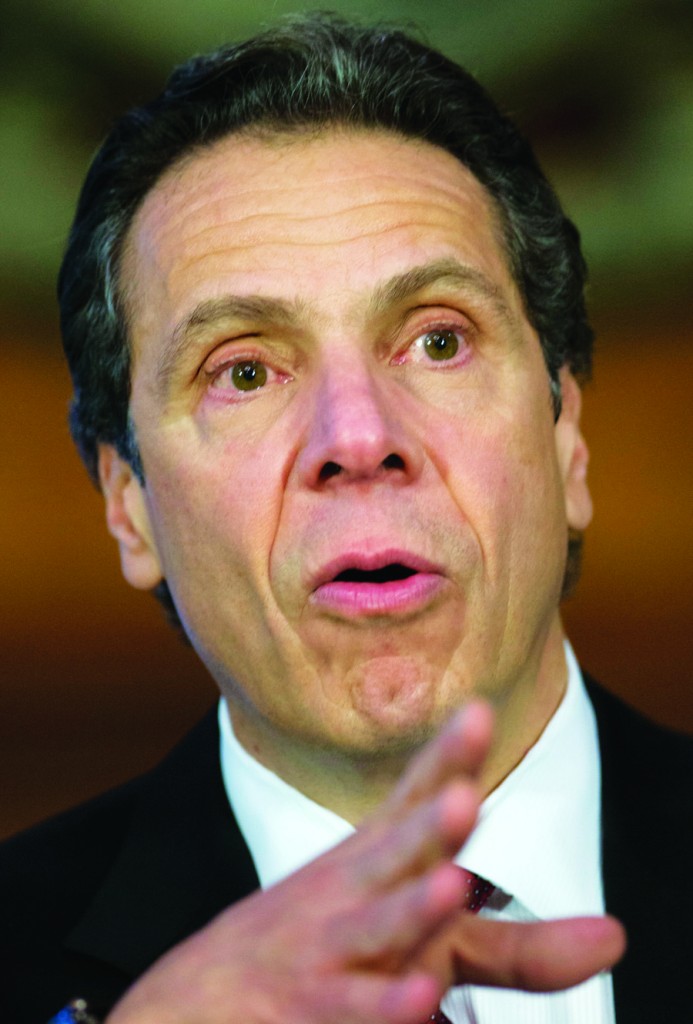 Gov. Cuomo isn’t returning fire at Astorino, though he notes in speeches that Westchester is the nation’s highest-taxed county. And Democrats are bringing up a joke Astorino made three years ago about Medicaid recipients.

Welcome to the campaign before the official campaign.

With elections nine months away, this is the time when potential rivals shadowbox in their corners and maybe glare at each other. The main contest begins once candidates — including possible challengers Astorino or Donald Trump — officially hit the campaign trail. This is a time for politicians to preview campaign themes, hone attack lines, raise money and express indignation.

Neither has announced his candidacy, and Trump has a long history of flirting with runs that don’t materialize. But both have been making base-pleasing criticisms of Cuomo.

Trump told a roomful of applauding Republicans recently that Cuomo is “going to take away your guns.” Astorino has talked about the governor’s “phony” property tax relief and repeatedly asks if New York is winning when it comes to business and taxes.

Astorino was among the Republicans who pounced last month after Cuomo said that “extreme conservatives” with pro-assault weapon, pro-moral values “have no place in the state of New York.” Cuomo has said he was making the point that New York is a moderate state.

Republicans are heavily outnumbered by Democrats in NewYork, and Cuomo enters the election year with $33 million in his campaign account. A Quinnipiac University poll last week found Cuomo trouncing Astorino and Trump by more than 30 percentage points each.

What will the Cuomo re-election campaign look like? His budget provides hints. The document is loaded with tax-relief proposals, and he argued in his budget speech that New York was saved from inefficiency and financial irresponsibility during his term.

It’s standard practice for incumbents who feel secure to publicly ignore potential challengers, and Cuomo has played to type. But Cuomo in his State of the State speech did note that Astorino’s county has the highest property taxes in the country. And he said it again during his budget presentation.

And even if the governor won’t directly engage with Astorino, others will.

More recently, Astorino took fresh heat for an interview in which he said that “soup is good” when questioned on how Medicaid recipients would chew if dentures were no longer covered. The interview was in 2011, and aides said it was merely a joke. But a recent story in the Daily News led the Democratic conference leader of the state Senate, Sen. Andrea Stewart-Cousins, to release a statement saying, “It isn’t a joke to the poor and elderly” on Medicaid.