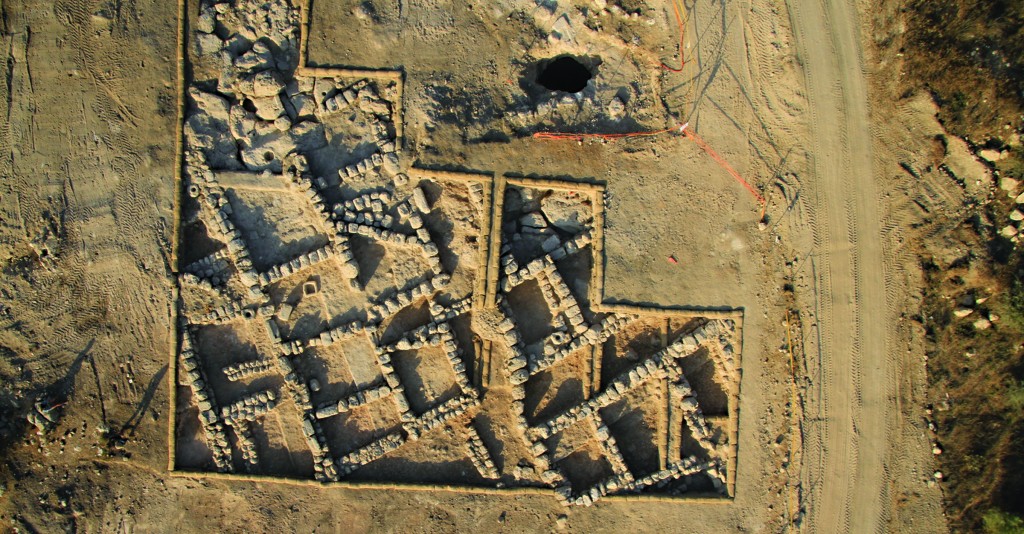 The remnants of a rural community that was believed to be occupied for approximately two centuries during Bayis Sheini were uncovered in August 2013 – January 2014 near the “Burma Road” (not far from Mitzpe Harel).

The find was made during an Israel Antiquities Authority archaeological salvage excavation, before the start of work on a natural gas pipeline to Yerushalayim as part of a national project directed by Israel Natural Gas Lines (INGL).

The excavations, which covered about 2200 square feet, revealed a small rural settlement with a few stone houses and a network of narrow alleys. Each building, which probably housed a single family, consisted of several rooms and an open courtyard. According to Irina Zilberbod, excavation director on behalf of the Antiquities Authority, “The rooms generally served as residential and storage rooms, while domestic tasks were carried out in the courtyards.”

The site, whose name has not survived, is nestled at the top of a spur 840 feet above sea level, with commanding views of the surrounding countryside. These large tracts of land were used as they are today  to cultivate orchards and vineyards, which were the economic mainstay of the region’s early settlers.

The excavations yielded numerous and varied finds from various periods, including basalt and limestone grinding and milling tools for domestic use, pottery cooking pots, jars for storing liquids (oil and wine) and pottery oil lamps for domestic use. The archaeologists think that over 60 coins they’ve found date to the reigns of the Seleucid King Antiochus III and the Hasmonean King Alexander Jannaeus.