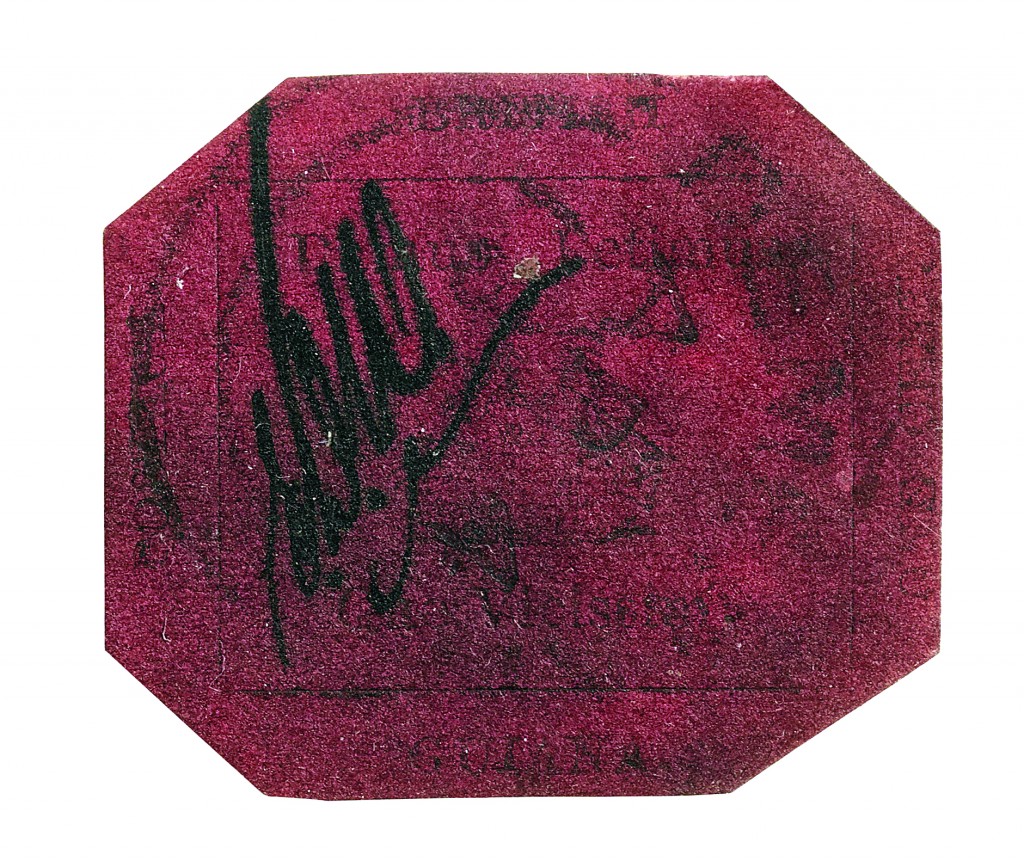 It could be called “The Little Stamp That Could.”

Three times in its long history, the 1-cent postage stamp from a 19th-century British colony in South America has broken the auction record for a single stamp. Now, it’s poised to become the world’s most valuable stamp again.

Sotheby’s predicts the 1856 British Guiana One-Cent Magenta will sell for between $10 million and $20 million when it’s offered in New York on June 17.

“You’re not going to find anything rarer than this,” said Allen Kane, director of the Smithsonian National Postal Museum. “It’s a stamp the world of collectors has been dying to see for a long time.”

“This is the superstar of the stamp world,” said David Redden, Sotheby’s worldwide chairman of books and manuscripts.

David Beech, longtime curator of stamps at the British Library who retired last year, compared it to buying the “Mona Lisa” of the world’s most prized stamps.

“It’s unique, it’s special, it has mystique, it has majesty, it has scarcity. Such things always generate interest,” said Beech.

Printed in black on magenta paper, it bears the image of a three-masted ship and the colony’s motto, in Latin, “We give and expect in return.” The stamp went into circulation after a shipment of stamps was delayed from London and the postmaster asked printers for the Royal Gazette newspaper in Georgetown in British Guiana to produce three stamps until the shipment arrived: A 1-cent magenta, a 4-cent magenta and a 4-cent blue.

To safeguard against forgery, the postmaster ordered that the stamps be initialed by a post office employee.

While multiple examples of the 4-cent stamps have survived, only the one tiny cent issue is known to exist today.

Its first owner was a 12-year-old Scottish boy living in South America who added it to his collection after finding it among family papers in 1873. He soon sold it for a few shillings to a local collector, Neil McKinnon, so he could afford to buy other stamps.

Arthur Hind, a textile magnate from Utica, N.Y., was the next buyer. Among those bidding against him was King George V. It is the one major piece absent from the Royal Family’s heirloom collection, Beech said.

The next owner was Frederick Small, an Australian engineer living in Florida who purchased it for $45,000. He consigned the stamp to a New York  auction where it was bought by an investment consortium for $280,000 — another record. The stamp set its third record in 1980 when it sold for $935,000 to John E. du Pont, an heir to the du Pont chemical fortune.