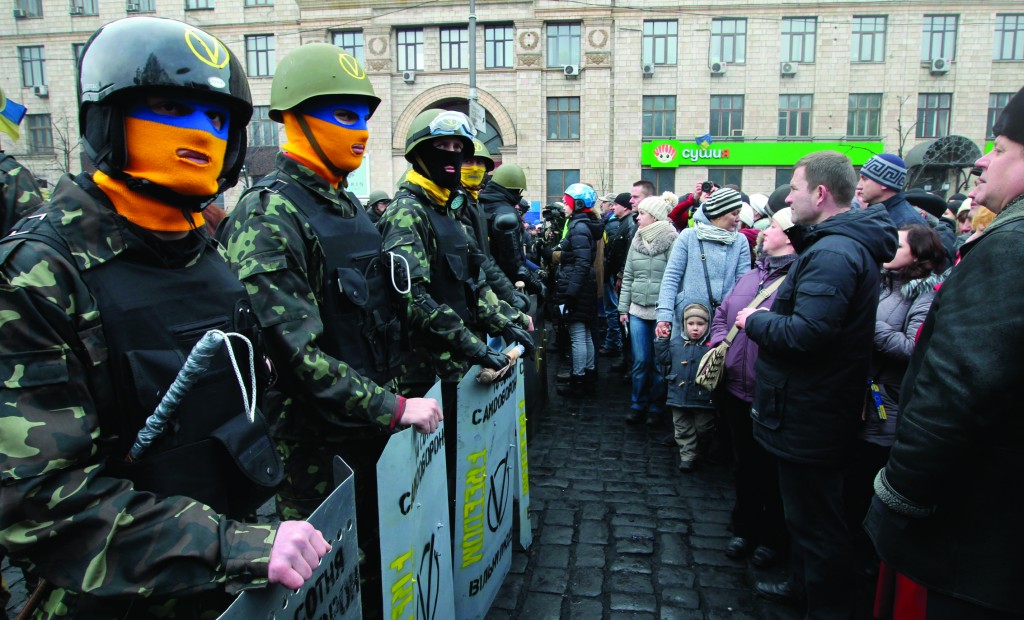 Anti-government demonstrators in Ukraine’s capital ended their nearly three-month occupation of Kiev City Hall on Sunday as promised in exchange for the release of all 234 jailed protesters.

But tensions remained high as hundreds stayed outside the building, vowing to retake it if the government failed to drop all charges against the protesters. Late that night, after a meeting with opposition leaders, Prosecutor General Viktor Pshonka said the criminal cases would be closed Monday.

Prospects for an easing of the standoff between the opposition and President Viktor Yanukovych, however, were still unclear.

Yanukovych is expected to nominate a new prime minister in the near future, and Western officials have been advocating for a coalition government drawn from the ruling party and the opposition. However, opposition
leader Arseniy Yatsenyuk said he will not agree to take the post, which Yanukovych offered him last month, unless the president makes further concessions, including a constitutional reform that reduces presidential powers.

“I cannot be bought with posts, Mr. President. Go ahead and buy your henchmen,” Yatsenyuk told the tens of thousands of protesters who turned out for the traditional Sunday demonstration.

Earlier Sunday, protesters handed control over City Hall to international mediators from the Organization for Security and Cooperation in Europe, who would then hand it back to city authorities. The compromise was reached after the last of 234 jailed protesters were released in the past week under an amnesty that called for opposition activists to vacate government buildings in Kiev and elsewhere.