Israel New Lieberman on the Way Up in Polls
Israel 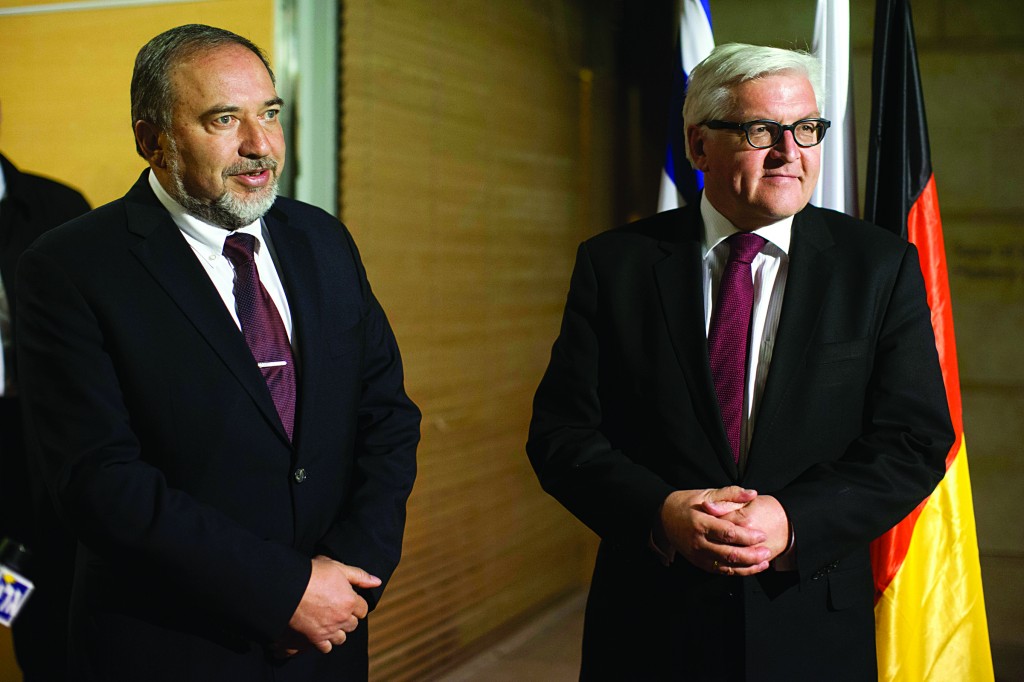 Since returning as Foreign Minister, after acquittal on corruption charges, Avigdor Lieberman has been sounding far more moderate than in the past, and according to a new poll, it’s paying off.

The old Lieberman — brash, outspoken critic of the peace process and persona non grata in European capitals — has disappeared, replaced by the new Lieberman — a diplomat who defends U.S. Secretary of State John Kerry against his Israeli antagonists and is increasingly welcome in Paris and London.

Has Avigdor Lieberman had a genuine change of heart about the prospects of peace with Mahmoud Abbas, whom he has in the past dismissed as a partner for peace?

The turnabout has been attributed by some observers to the pragmatic, Russian-born head of Yisrael Beiteinu’s reading of the current political landscape. Lieberman’s electoral base has been crumbling and he’s decided that a shift to the center will keep him on top. They speculate further that it’s part of a larger strategy involving a closing of ranks with Netanyahu against MK’s in Likud and Jewish Home who oppose the peace process and that could lead to a splitting of the Likud and a realignment of the coalition.

But now Globes reports that a confidential poll conducted by Panorama Markets shows that Lieberman’s position in Likud, Yisrael Beiteinu and the public at large is rock-solid.

In addition, the poll results show that Likud voters believe that the next contest for the party leadership will be a tight race between Lieberman and Minister of Defense Moshe Yaalon.

The Panaroma pollsters say that if elections were held now, and Likud would run separately from the Likud, Lieberman would take 13 Knesset seats, compared with 28 for Netanyahu. Since the party garnered only 11 seats in last year’s elections, it belies the argument that Lieberman’s political base is eroding.