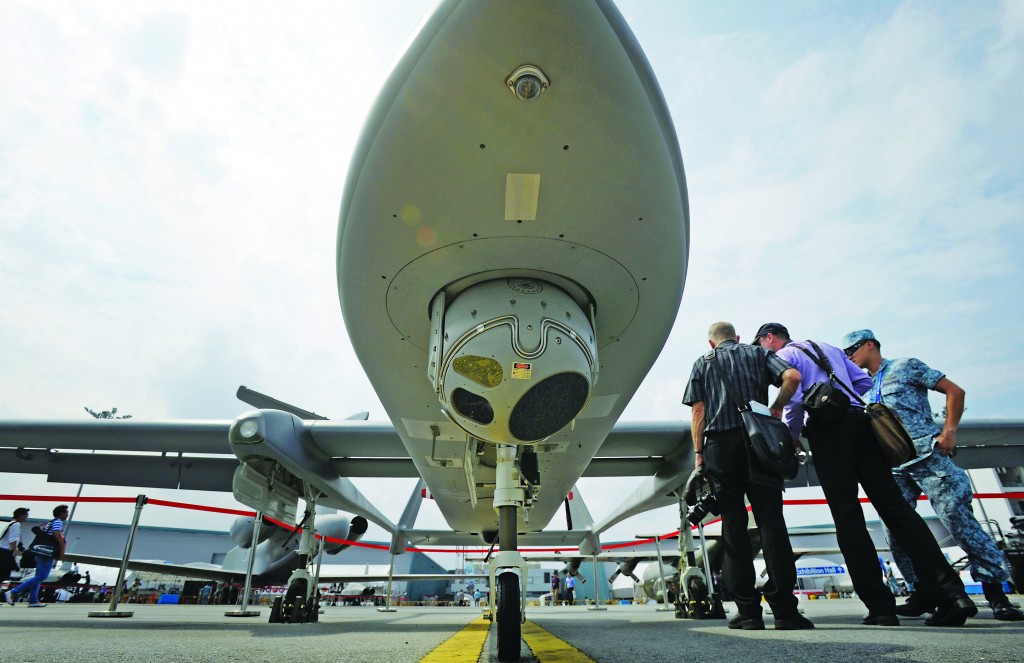 Military brass shopping at Asia’s biggest defense expo this week have drones high on their to-buy list. But for U.S. manufacturers including General Atomics, which makes the Predator hunter-killer, there’s one problem: they can only sell to a few countries because of tight export restrictions.

The controls give rival drone makers from countries such as Israel and China a chance to win more business in the growing global market for unmanned aerial vehicles, which one group projects to more than double in the next decade.

U.S. arms makers have been lobbying the government for several years to loosen the restrictions so they can sell their systems to more countries.

“There are countries like Israel and China that have weapons-capable aircraft and they can sell, so it definitely hampers us with business not just in this region but around the world because we cannot compete,” said Billy Gililland, president of systems integration at General Atomics Aeronautical Systems Inc.

The company’s Predator and Reaper are among the world’s most widely deployed drones. They can loiter in the air for long periods to give their operators more time to verify targets before firing precision-guided warheads.

Exports of drones are tightly controlled by an agreement signed by members of a group called the Missile Technology Control Regime, which includes the United States, Britain, Canada, France, Germany, Italy, and Japan. The group has since expanded to 34 countries but Israel and China aren’t members. The 1987 agreement was originally intended to curb the spread of ballistic missiles. Present day concern about spreading advanced weaponized drone technology to countries or groups hostile to the U.S. is a factor in keeping the American restrictions in place.

Israeli drone makers including Elbit Systems and Israel Aviation Industries, or IAI, had big displays at the Singapore Airshow.

IAI unveiled its Super Heron drone, an upgraded version of its popular Heron. The company has sold drones to 20 countries including Brazil and Turkey.

Israel has overtaken the U.S. as the world’s largest exporter of unmanned aerial systems, selling $4.6 billion worth from 2005 to 2012, according to a report by consulting firm Frost & Sullivan. In the same period, U.S. overseas sales amounted to $2-$3 billion.

Asia is a growing market for IAI, said Sharly Ben Chetrit, its executive vice president of marketing, he said Israel also has its own restrictions on exports.

“I can assure you that we are adhering to the most strict licensing policy in Israel. I don’t think we have it easier,” he said.