Regional ‘Oh, Not Again’: Northeast Is Hit By Another Storm
Regional 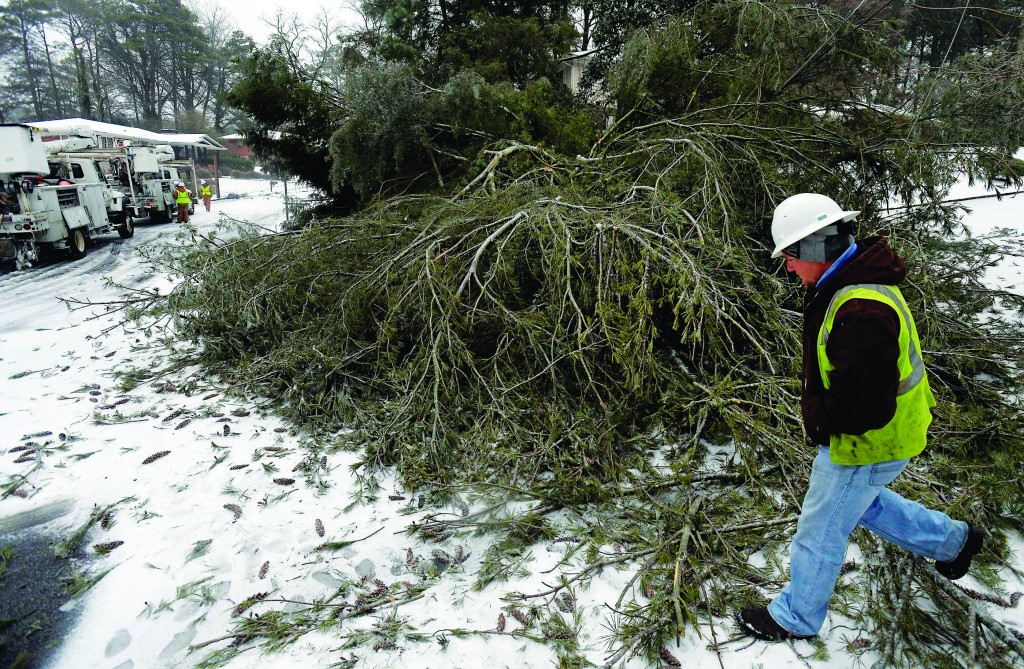 Yet another storm paralyzed the Northeast with heavy snow and sleet Thursday, giving the winter-weary that oh-no-not-again feeling, while hundreds of thousands across the ice-encrusted South waited in the cold for the electricity to come back on.

The sloppy and treacherous mix of snow and face-stinging sleet grounded more than 6,500 flights Thursday and closed schools and businesses as it made its way up the heavily populated Interstate 95 corridor.

In its icy wake, utility crews in the South toiled to restore electricity to more than 700,000 homes and businesses, mostly in the Carolinas and Georgia. Temperatures in the hard-hit Atlanta area, with more than 200,000 outages, were expected to drop below freezing again overnight.

At least 20 deaths, mostly in traffic accidents, were blamed on the storm.

Baltimore awoke to 15 inches of snow. Washington, D.C., had at least 8, and federal offices and the city’s two main airports were closed. The Virginia-West Virginia state line got more than a foot.

Philadelphia had nearly 9 inches, its fourth 6-inch snowstorm of the season — the first time that has happened in the city since record-keeping began in the late 1800s. New York City received nearly 10 inches, and parts of New Jersey had over 11.

The Boston area was expecting 4 to 6, while inland Connecticut and Massachusetts were looking at a foot or more.

Across the South, the storm left in its wake a world of ice-encrusted trees and driveways and snapped branches and power lines.

In Bonneau, S.C., Jimmy Ward and his wife, Cherie, lost power and spent Wednesday night in their home, warming themselves in front of a gas log fire.

But after running low on propane, they headed Thursday night for a hotel, where it was expected to be cozier but a lot less exciting than the night before.

“From 2 o’clock yesterday until this morning, it just sounded like gunfire — all the trees popping and falling,” Cherie Ward said.

In North Carolina, where the storm caused huge traffic jams in the Raleigh area on Wednesday as people left work and rushed to get home in the middle of the day, National Guardsmen in high-riding Humvees patrolled the snowy roads, looking for any stranded motorists.

Some roads around Raleigh remained clogged with abandoned vehicles Thursday morning. City crews were working to tow them to safe areas where their owners could recover them.

Around the country, this is shaping up as one of the snowiest winters on record. Washington, Detroit, Boston, Chicago, New York and St. Louis have already gotten roughly two or three times as much snow as they normally receive all season.