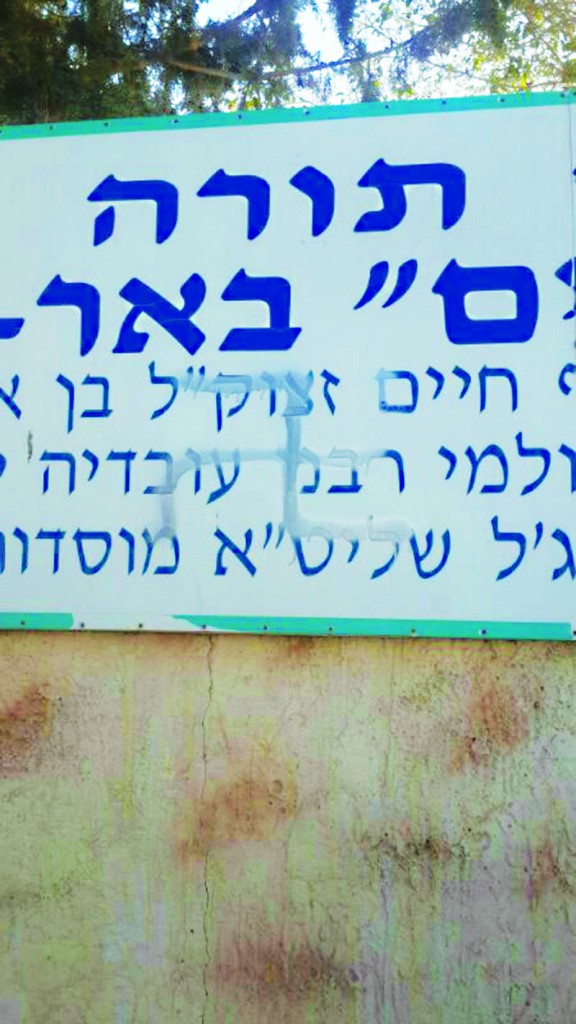 Swastikas and other hate graffiti were found at the entrance to a religious school in Be’er Sheva on Wednesday morning, according to media reports.

Employees at the school who discovered the graffiti contacted the police, who began an investigation.

Shas MK Eli Yishai charged that the graffiti was “the direct result of incitement against chareidim. The public atmosphere against the chareidi public and Torah students has gotten out of control and actually encourages harassment,” he said, and warned politicians that their inflammatory rhetoric has consequences.

Likud Beitenu MK Shimon Ohayon also responded to the incident, saying that it was “shocking to see how, over and over, swastikas are spray-painted in Israel and abroad against Jews.”

“The use of Nazi symbols, particularly swastikas, is anti-Semitic, racist and hurts the feelings of Holocaust survivors. We must use all means at our disposal to prevent this,” he stated.

Ohayon has proposed legislation to outlaw the use of Nazi symbols and punish offenders.