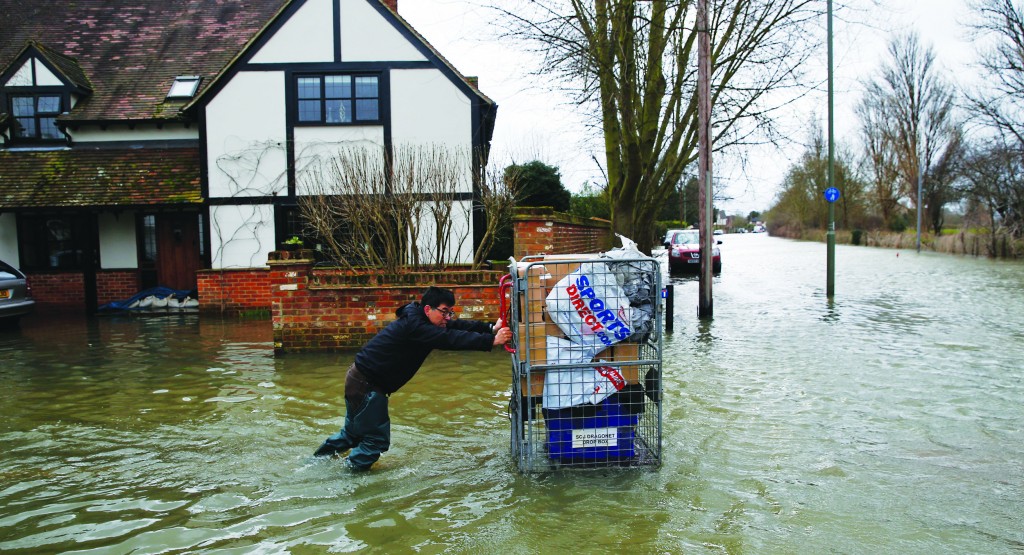 The latest round of bad weather slammed into Britain’s west coast on Wednesday with torrential rain and winds gusting up to 106 mph. Trucks were toppled, trees were felled and a major chunk of the railway was closed.

The website of rail operator Virgin Trains greeted visitors with the words: “Do Not Travel.”

England, which has been lashed by wind and rain since December, had its wettest January since records began in 1766.

The resulting floods have drenched the southwestern coast of England, the low-lying Somerset Levels and the Thames Valley west of London, where hundreds of properties have been swamped after the Thames burst its banks.

London itself was expected to be safe from the flooding since it’s protected by the Thames Barrier, a series of 66-foot (20-meter) high metal gates across the entire river. The massive gates can be closed to stop the tide from coming up the Thames, which gives more space for the river to handle excess water from upstream. At low tide, the Thames barrier is then opened and the floodwaters flow to the sea.

At least one more storm is forecast for later this week. It says some areas could get up to 2.75 inches (7 centimeters) of rain — a month’s worth — by Friday.