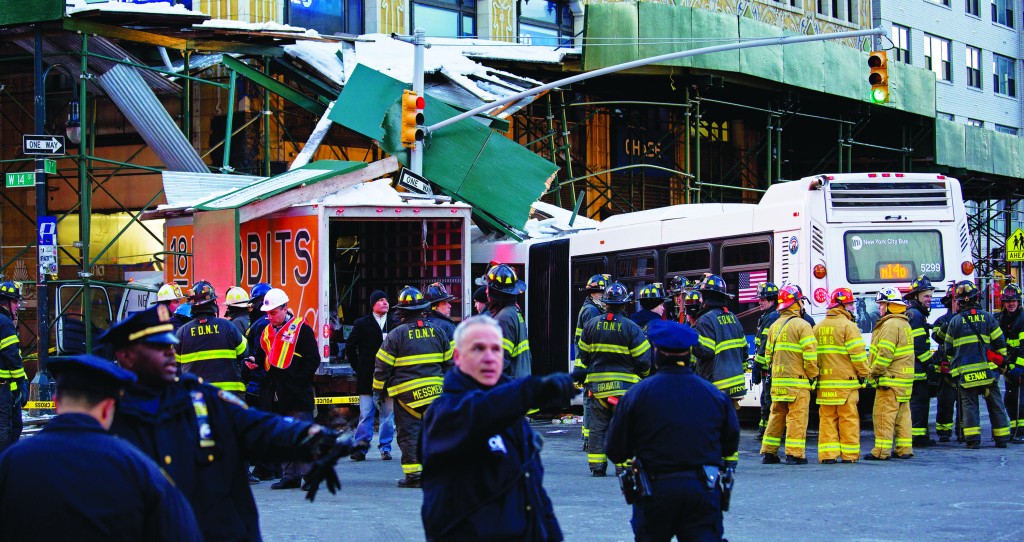 A bus driver whose vehicle crashed into a stolen delivery truck at a busy Manhattan intersection was killed Wednesday and at least four others were injured.

William Pena, 49 of Hillside, N.J., was killed in the 5:30 a.m. crash in Greenwich Village when his city bus was hit by the stolen truck and then careened into scaffolding surrounding a building.

Charges against the 22-year-old driver of the truck are pending. He is being treated for injuries at Bellevue Hospital. Two pedestrians and one bus passenger also were injured in the crash and are being treated. A person on a scooter was hit by the truck before the collision and is also hospitalized.

Craig Ydolly was on the block facing the other way when he heard the crash. He said it sounded like the scraping sound a snowplow makes. He turned around and saw the scaffolding falling on the truck and the bus and a man lying injured on the ground.

The bus was leaking gas, said Ydolly, who distributes newspapers on that corner.

Jose Cherrez, who lives one block from the scene, said the crash woke him up.

“It sounded like an explosion. I heard the ambulances about 10 minutes later,” he said.

Seventh Avenue between 13th and 15th streets and West 14th Street between 6th and 8th Avenues were closed following the crash. Local bus service was being rerouted. Subway service was not affected.