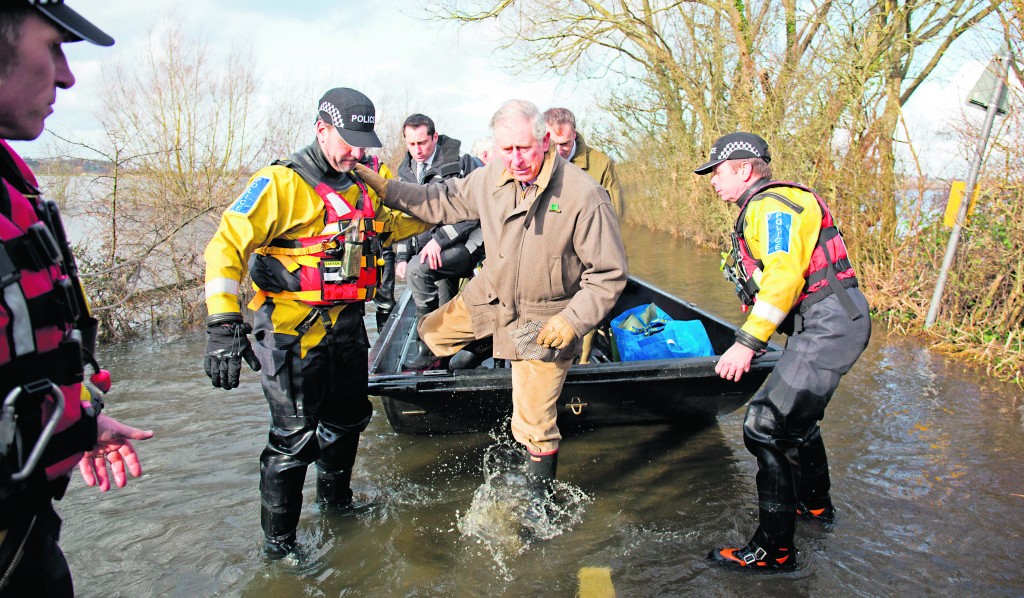 British Prime Minister David Cameron insisted Tuesday that money is no object in the battle against the widespread flooding that has engulfed parts of England.

Canceling a visit to the Middle East to oversee flood-fighting efforts, he told journalists that “whatever money is needed for this relief effort will be spent” as Britain deals with some of its wettest weather in 250 years.

England had its wettest January since 1766 and its southwest coast has been battered repeatedly by storms, plunging some parts of the country under water for more than a month.

The wretched weather has increasingly become a political issue, with some critics saying austerity-minded officials haven’t spent enough dredging rivers or building flood defenses. Some on the left have accused the Conservative-dominated government of failing to focus enough energy on fighting climate change, while others on the right have wondered why the government’s foreign aid budget couldn’t be repurposed to help flood victims.

“We will spend whatever it takes to recover from this,” he said, noting that a planned visit to Israel, scheduled for later this month, had been canceled so he could focus on the flooding.

Meanwhile Britain’s Meteorological Office is forecasting heavy rain, severe gales, and even snow. Wind speeds in some areas are expected to reach up to 90 miles per hour.