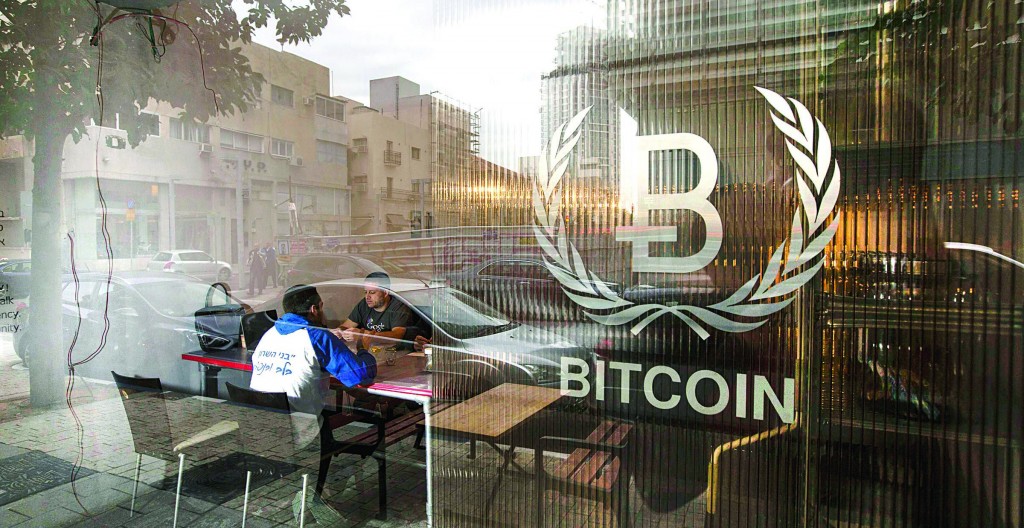 “Welcome to the new economy,” boasts a sign at the entrance of the self-styled Bitcoin Embassy in the heart of Tel Aviv.

The sparely furnished property opened a few months ago to support a community of Bitcoin fanatics, perhaps the most active in the world, who are out to build just that — a next-generation trading system based on the digital currency.

At least two dozen startups have popped up in Israel over the past year with a view to creating tools that will allow the currency to be used in almost any kind of transaction — from buying shoes to sending remittances or issuing company stock.

Israeli companies are pioneers in hi-tech fields like cryptography, fraud prevention, and semiconductors, all of which interact with the Bitcoin universe.

That makes the country as much of a Bitcoin hotspot as Singapore or California’s Silicon Valley, says Eli Novershtern, principal of Israel’s biggest venture capital firm Pitango, which manages assets worth over $1.6 billion.

“We see a lot of activity here and are certainly looking to invest (in such firms), even significant sums if we recognize an attractive opportunity,” he said, without offering details of specific plans.

As a crypto-currency, Bitcoin is passed between two parties digitally and can be traded on exchanges for real-world currencies. Its value fluctuates according to user demand but it is not backed by any government or central bank.

New bitcoins come from a process called mining. Computer programmers around the world compete to crack an automatically generated code and the first to do so is rewarded with a small stash. This happens about every 10 minutes.

The maximum potential number of bitcoins in circulation is 21 million compared with around 12 million currently — meaning that, over time, the payoffs get smaller.

Enthusiasts hope the circulation limit and wider acceptance of the currency will mean its value goes up. One bitcoin is currently worth about $700, giving the currency a total potential market value of about $9 billion.

He foresees a “bloodbath” as ever stronger computer networks compete to mine the most bitcoins — a market he expects to grab a sizable chunk of, thanks to a silicon-based chip that GetReal is developing.

Bitcoin was spawned by a still unidentified developer known as Satoshi Nakamoto in 2009, when the global financial crisis meant distrust of banks and governments was high.

Initially there was a libertarian appeal, said Ron Finberg, who runs the website Digital Currency Magnates.

But in Israel, technology had always been the currency’s driving force, he said. Now the “boundary-less system” was fostering ever more innovative applications.

Mathematician Meni Rosenfeld said his team is developing a product called “colored coins” that will allow bitcoins to carry a secondary value, such as equity in a company.

A company will be able to take small fractions of a bitcoin, give them a digital marker, or “color,” and distribute them to shareholders.

“They represent stock in every way,” said Rosenfeld, who is also chairman of the Israeli Bitcoin Association. The same could be done with bonds or car ownership, he said.

“The Bank of Israel is …examining the need for some sort of regulation regarding electronic, virtual and other similar currencies,” said Yoav Seffer, spokesman for the central bank.