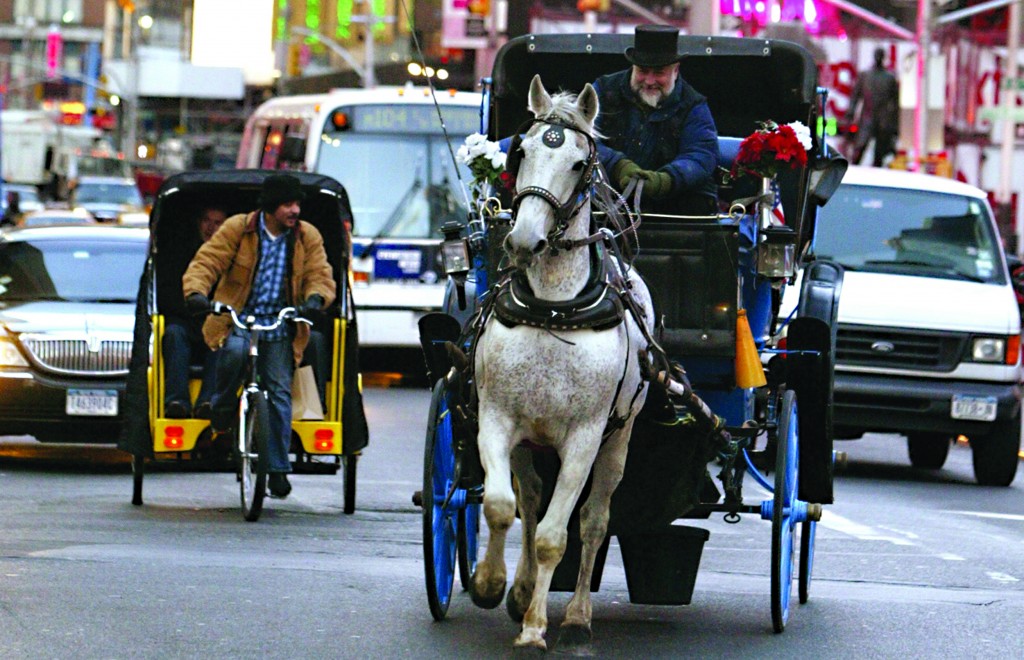 Time may be running out for the iconic horse-drawn carriages that carry tourists around Central Park. Mayor Bill de Blasio already has declared his intention to shut down the industry, saying it is inhumane to keep horses in modern-day Manhattan.

While that debate could be over, at least one nagging question remains: What will become of the horses?

Both sides in the carriage horse fight insist they will find a sanctuary for the approximately 200 horses licensed to pull carriages in the city. But drivers warn that shutting down the stables might have the unintended effect of eliminating a rare outlet for surplus horses pouring out of the farming and racing industries — sending them faster to the slaughterhouse.

“If they did not come to New York City, most of these horses would be dead,” said Ian McKeever, who owns nine Central Park horses and has been driving a carriage since 1987.

“Anyone who cares about a horse wouldn’t think that taking it and sticking it in midtown traffic is the right answer to that problem,” said Allie Feldman, executive director of New Yorkers for Clean, Livable and Safe Streets.

Last year, roughly 140,000 U.S. horses were shipped off to slaughterhouses in Canada and Mexico when they became unaffordable, or unprofitable, for their owners.

In Pennsylvania’s Amish country, which is the source of many of the horses that wind up working in Central Park, this oversupply plays out weekly at the New Holland Livestock Auction. Every Monday, buyers for foreign meat factories snap up horses — many still young and healthy — that once pulled plows, buggies and carts. All have been discarded because of lackluster performance or rising costs of care.

McKeever cited the case of his oldest horse, Roger, who was neglected and malnourished when he bought him from a Pennsylvania farmer in 1999. Roger is set to finally retire this month to a preserve on Long Island, McKeever said, after 15 years on the job in Central Park.

“When you give a horse a job, he is protected,” McKeever said.

Most live in one of four stables on Manhattan’s far West Side. On days they work, the horses clop through city traffic, amid honking cabs, for up to two miles before reaching the spots where they line up for customers.

Mishaps involving horses that bolt or get hit by cars make headlines every few years, with the most recent traffic or spooking deaths in 2006 and 2007.

At Clinton Park Stables, the horses have enough room to lie down on beds of straw. They get regular visits from veterinarians and horse dentists. Overall, the horses appear to be in fine shape.