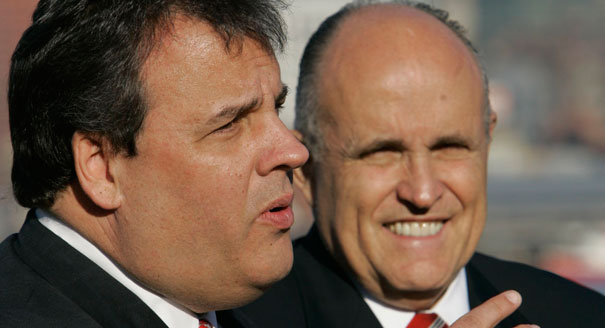 It’s been one of the most enduring alliances of Chris Christie’s public career. He might bask in President Obama’s hugs, but as New Jersey’s Republican governor faces the mounting public scrutiny brought on by the investigations into allegedly vindictive lane closures at the George Washington Bridge, his biggest advocate has been a man who had his back for years: Rudy Giuliani.

As the scandal has ballooned around him, Christie and most of his top aides have ignored media requests and limited public appearances. Giuliani, the former New York City mayor, has filled the vacuum. He was the first prominent Republican to leap to Christie’s defense, and even as others in the party have begun to line up behind Christie, his voice has been the loudest.

Giuliani generally acknowledges the potential consequences if Christie is lying, but stresses his faith in Christie’s character and his conviction that he is telling the truth. He says the investigation is legitimate but that it’s been blown out of proportion by Democrats who feel threatened by Christie.

“The way I can play a role here is just pointing out that there has been an overreaction, and that there are a number of gaps, those gaps haven’t been filled in, and until they’re filled in people shouldn’t jump to conclusions,” Giuliani told The Record in an interview last week. “The governor should get a fair shot, not just in the investigations but in the papers, too. So somebody’s got to speak up and state the other side.”

Giuliani’s staunch advocacy has drawn into focus the many connections the two men share. But he emphasized that none of his comments has been orchestrated by the governor.

“There’s nothing that they’ve basically told me to say,” he said. “I can’t be orchestrated. I just make my observations.”

The association dates to Christie’s early days as U.S. attorney, in early 2002, when he called Giuliani for advice on setting up his office. And as Giuliani watched Christie log convictions of corrupt politicians, he grew impressed.

When Giuliani was considering a second presidential campaign in 2011, he reportedly sought Christie’s advice over lunch.