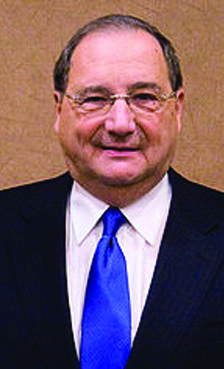 The longtime national director of the Anti-Defamation League is stepping down after almost a half century working for the Jewish nonprofit.

The New York-based organization announced Monday that 73-year-old Abraham Foxman will leave in July 2015 after leading it for the past 27 years.

“For almost five decades, ADL offered me the perfect vehicle to live a life of purpose both in standing up on behalf of the Jewish people to ensure that what happened during World War II would never happen again and in fighting bigotry and all forms of oppression,” Foxman said.

Foxman was born in the Soviet Union, survived the Holocaust as a hidden child and moved to the United States with his parents.

The ADL has 30 regional offices in the United States and one in Israel. A successor has yet to be chosen. Foxman is to become director emeritus.

Statement by Secretary Kerry on the Retirement of Abraham Foxman

In the fight against anti-Semitism and bigotry, Abe Foxman’s an institution. When I was a freshman Senator on the Foreign Relations Committee, getting more and more involved in the Middle East, mentors told me, “go see Abe.” I’m glad I did. This is a man who spent his entire life fighting hatred and advocating for justice around the country and across the globe. He’s got a moral compass and a clarity of purpose that has remained rock solid for the almost three decades I worked with him. He’s this great … figure — always on watch and never afraid to speak his mind. And the cause of peace and the security of the state of Israel is stronger for his service.

Now, as Abe prepares to step down from the leadership role he has held at the Anti-Defamation League for 27 years, Teresa and I wish him well, knowing that the fights he has spent decades committed to are closer to being won because of the vital work he has done.