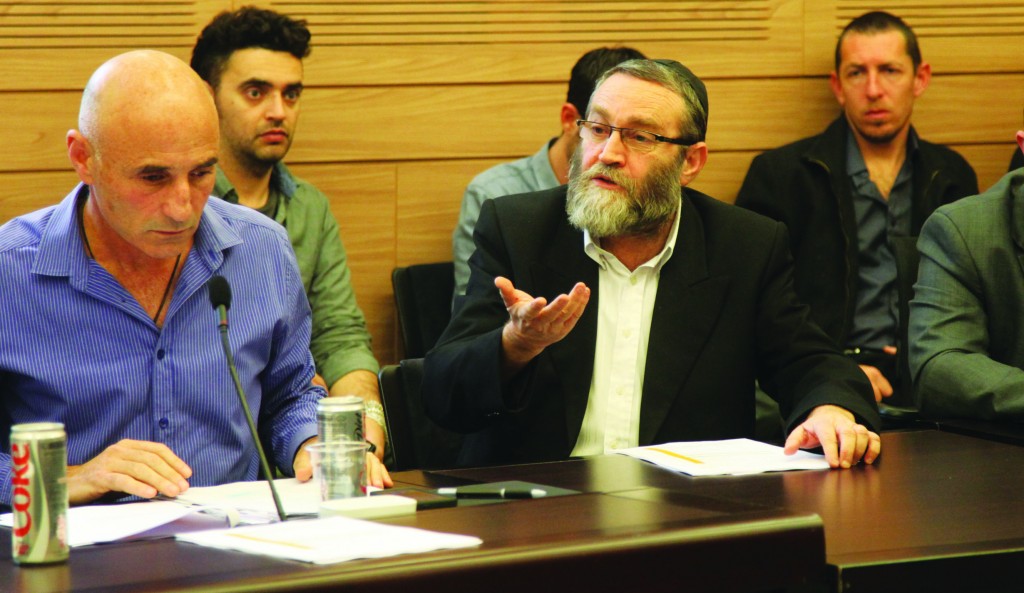 On Monday, the committee, formally titled the Special Committee for the Equal Sharing of the Burden, approved the shortening of mandatory military service for men from 36 months to 32.

MK Motti Yogev (Jewish Home) dissented sharply from the decision, calling it unprofessional, and citing manpower shortages in the past.

“This is a decision we will yet be sorry about,” Yogev warned.

Acrimonious debate over the length of the Hesder yeshivah students’ service  ended with the committee’s recommendation to extend it from 16 to only 17 months, while regular recruits will see their service shortened from 36 to 32 months.

In addition, the Religious Zionist yeshivos will also be given benefits not available to the secular inductees: deferment of service until the age of 23, followed by recruitment for a full military service.

The committee, chaired by Jewish Home MK Ayelet Shaked, postponed the vote on extending mandatory service for women to next week, pending recommendations to be submitted by the IDF.

The most contentious issues, regarding drafting chareidim into the army, are slated to be voted on next week. Yesh Atid and Jewish Home continue to negotiate over whether to include criminal sanctions as well as economic sanctions on chareidim who refuse conscription, according to media reports.

A source close to Israeli Prime Minister Binyamin Netanyahu declined to comment on a report in Yisrael Hayom that the prime minister would side with Yesh Atid leader Yair Lapid’s insistence on criminal sanctions. Yesh Atid officials said that, just as Netanyahu voted for criminal sanctions in the bill’s first reading, they expect him to support them in its final readings in the Knesset plenum.

Committee member Shas MK Ariel Attias told Hamodia (Hebrew) correspondent Yaakov Reinitz that “as of the present moment, Jewish Home MKs are not prepared to vote in accordance with the coalition agreement they signed, which exclues criminal sanctions.”

Attias explained that in view of Netanyahu’s record of repeatedly giving in to Lapid on the draft issue, the Jewish Home votes become crucial.

“They say in interviews with the media everywhere that they are against criminal sanctions. But to be against means to vote against, not just to talk against,” he said.

If they do vote against it, the bill will definitely not pass the Knesset, Attias said.