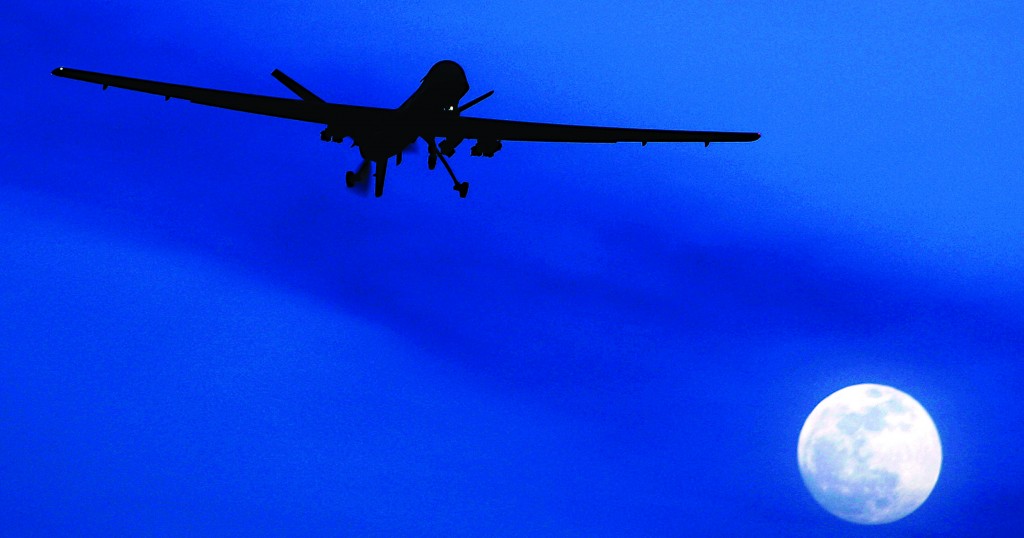 The case of an American citizen and suspected member of al-Qaida who is allegedly planning attacks on U.S. targets overseas underscores the complexities of President Obama’s new stricter targeting guidelines for the use of deadly drones.

The CIA drones watching him cannot strike because he’s a U.S. citizen. Pentagon drones that could strike are barred from the country where he’s hiding, and the DOJ has not yet finished building a case against him.

Two of the officials described the man as an al-Qaida facilitator who has been directly responsible for deadly attacks against U.S. citizens overseas and who continues to plan attacks against them that would use improvised explosive devices.

The officials said the suspected terrorist is well-guarded and in a fairly remote location, so any unilateral attempt by U.S. troops to capture him would be risky and even more politically explosive than a U.S. missile strike.

White House press secretary Jay Carney said Monday he would not comment on specific operations and pointed to Obama’s comments in the major counterterrorism speech last May about drone policy.

“When a U.S. citizen goes abroad to wage war against America and is actively plotting to kill U.S. citizens, and when neither the United States, nor our partners are in a position to capture him before he carries out a plot, his citizenship should no more serve as a shield than a sniper shooting down on an innocent crowd should be protected from a SWAT team,” Carney said, quoting from Obama’s speech last year.

Under new guidelines Obama addressed in the speech made to calm anger overseas at the extent of the U.S. drone campaign, lethal force must only be used “to prevent or stop attacks against U.S. persons, and even then, only when capture is not feasible and no other reasonable alternatives exist to address the threat effectively.”

The target must also pose “a continuing, imminent threat to U.S. persons” — the legal definition of catching someone in the act of plotting a lethal attack.

The Associated Press has agreed to the government’s request to withhold the name of the country where the suspected terrorist is believed to be because officials said publishing it could interrupt ongoing counterterror operations.

The officials spoke on condition of anonymity because they were not authorized to discuss the classified drone targeting program publicly.