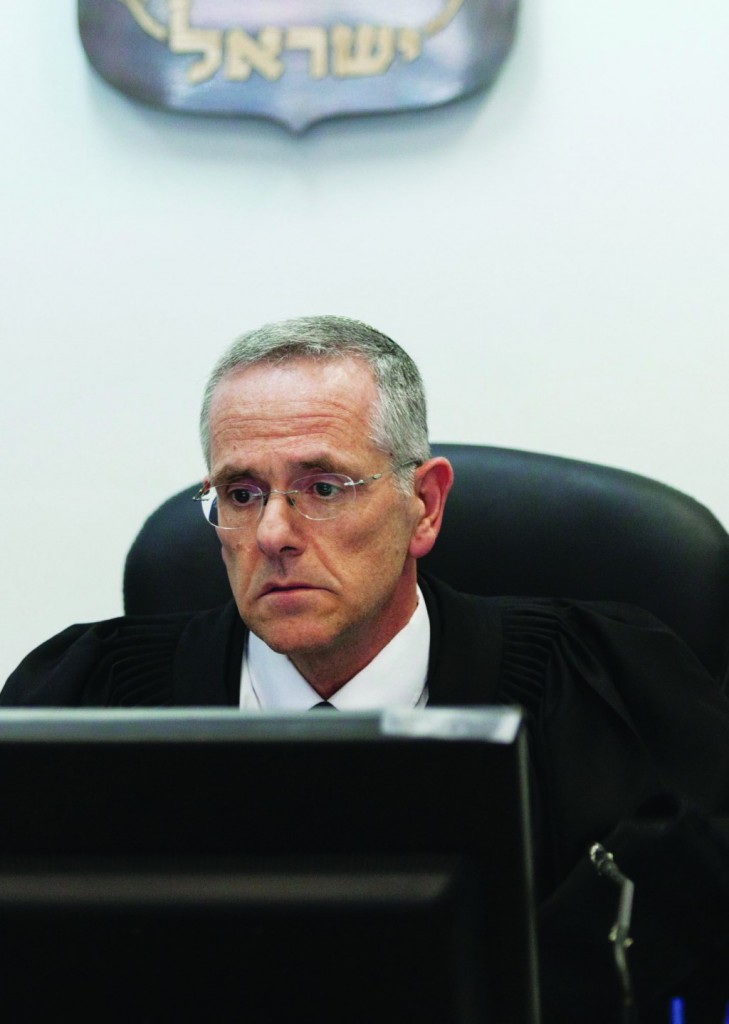 Striking Hadassah medical staffers took their case to the Knesset and Finance Ministry on Monday, demanding payment of their January salaries and protesting the move to place the hospitals’ management in the hands of a court-appointed trustee.

The Yerushalayim District Court convened on Monday afternoon to decide on the stay of proceedings proposal initiated by Hadassah management. If the court agrees, HMO will be shielded from its creditors for a three-month period.

While the court hearing took place, Hadassah workers demonstrated outside the building. They claim that a stay and trusteeship will mean abrogation of their collective bargaining agreement and that they will not receive their salaries.

The Israeli Medical Association, which represents the workers, denounced management’s request in court: “We learned about the request for a stay of proceedings from the media,” it said. “Its goal is to break up organized labor at Hadassah.”

Senior government officials have begun taking note of the crisis.

Israeli Prime Minister Binyamin Netanyahu said on Monday that administrative failure brought about the fiscal collapse at Hadassah, and that the public would pay the price. He told a meeting of the Likud faction that it was unclear how the hospitals had been allowed to fall into a huge debt of 1.3 billion shekels ($368 million), but called upon the Health and Finance Ministries to effect a thorough overhaul of HMO finances so that the situation would not recur.

Minister of Health Yael German, who said on Sunday night that the Ministry plans to end the practice of exorbitant salaries paid to senior Hadassah staff, is working on a recovery plan for the hospital.

“We have an action plan for Hadassah Medical Center. We’re currently discussing a NIS 50 million loan. The intention is for a stay of proceedings, the appointment of a trustee, and to start managing the hospital in order to carry out a recovery plan,” German said.

Hadassah CEO Avigdor Kaplan, in his request for a stay from the court, provided data on the payroll situation: the average salary cost of a senior secretary is NIS 18,000; an x-ray technician, NIS 25,500 (some of them earned more than NIS 100,000 a month, according to the document).

In addition, Globes reported that the salary of a senior doctor at Hadassah reaches NIS 300,000 to 500,000 a month, though the latter figures were omitted from the document.

Some doctors receive double salary for a surgery: both his hospital salary and his salary for private practice.

An investigation by Globes found that “In the past six years, income from private healthcare at Hadassah totaled NIS 1.4 billion. Of this amount, the doctors took the huge sum of NIS 1.2 billion, all of which came at the expense of public healthcare, and most of it at the public’s expense. Imagine if the breakdown was different, say 50-50, which would have given Hadassah NIS 700 million instead of NIS 200 million (the NIS 500 million difference is the amount of the rescue package proposed by the government).”

The Knesset was set to hold urgent meetings on Tuesday.

President Shimon Peres urged the government, the management of Hadassah and the striking physicians and nurses to find a speedy solution to the crisis for the sake of thousands of patients in Yerushalayim and beyond.

Doctors in hospitals across the country were planning actions from 10 a.m. to 12 p.m. Tuesday in solidarity with the Hadassah workers.