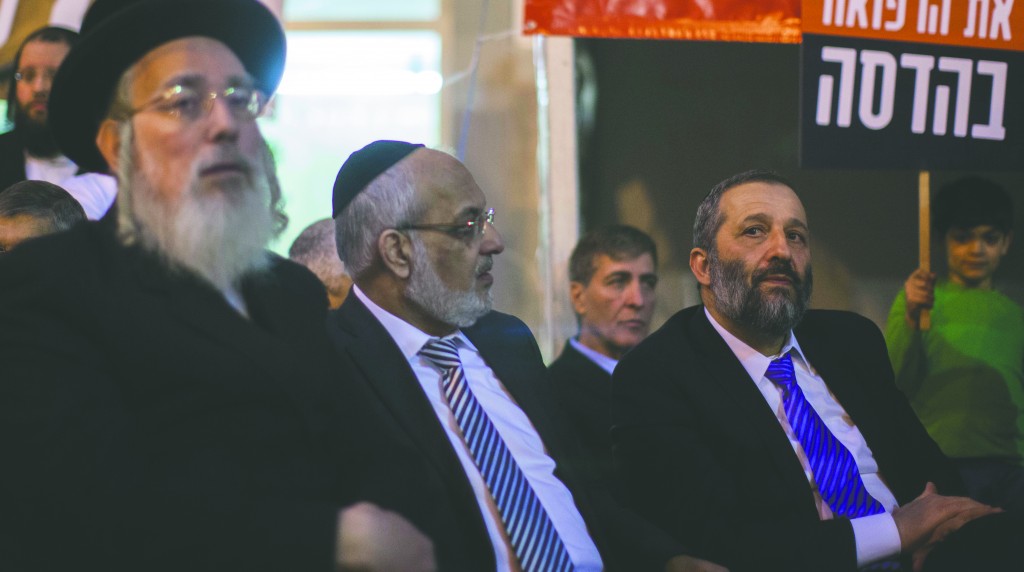 Thousands of doctors in public hospitals around the country joined a sympathy strike for their colleagues at Hadassah hospital on Sunday morning, The Jerusalem Post reported.

From 10 a.m. to noon they left their jobs, except for emergencies, to attend rallies to show solidarity with the 6,000 staffers of the Hadassah Medical Organization’s two Yerushalayim hospitals, who have been striking for a week over wage cuts and reduced benefits.

The hospitals’ nurses and the national nurses’ union issued an ultimatum that if January wages were not paid in full by Sunday at midnight, they would not work.

Union anger was stoked on Sunday by news that HMO management, with Treasury backing, had resorted to the courts to freeze HMO’s financial obligations and put a trustee in charge of running HMO along with director-general Avigdor Kaplan, a move that will likely restrict workers’ options.

Meanwhile, the two Hadassah hospitals continue to run on an emergency schedule — with fewer services than a Shabbos schedule, and only lifesaving and urgent care, including delivery rooms, being provided.

Numerous senior public officials arrived to give their support for the medical staffers. Knesset Speaker MK Yuli Edelstein met with leaders of the hospital unions, and declared that HMO “must not close. I will give you all the parliamentary tools needed so you can voice your views,” he said.

“There is no [one] who doesn’t know Hadassah hospitals and there is no Israeli who is not proud of HMO’s contributions to the State of Israel,” Likud MK Reuven Rivlin said during an emergency meeting on the crisis. “We tried to help without knowing the depth of the problems. Treasury officials said they would be solved,” Rivlin said. He called on Prime Minister Binyamin Netanyahu to intervene.

The Knesset Finance Committee and the Labor, Social Welfare and Health Committee have scheduled sessions on Tuesday to discuss the crisis at Hadassah.