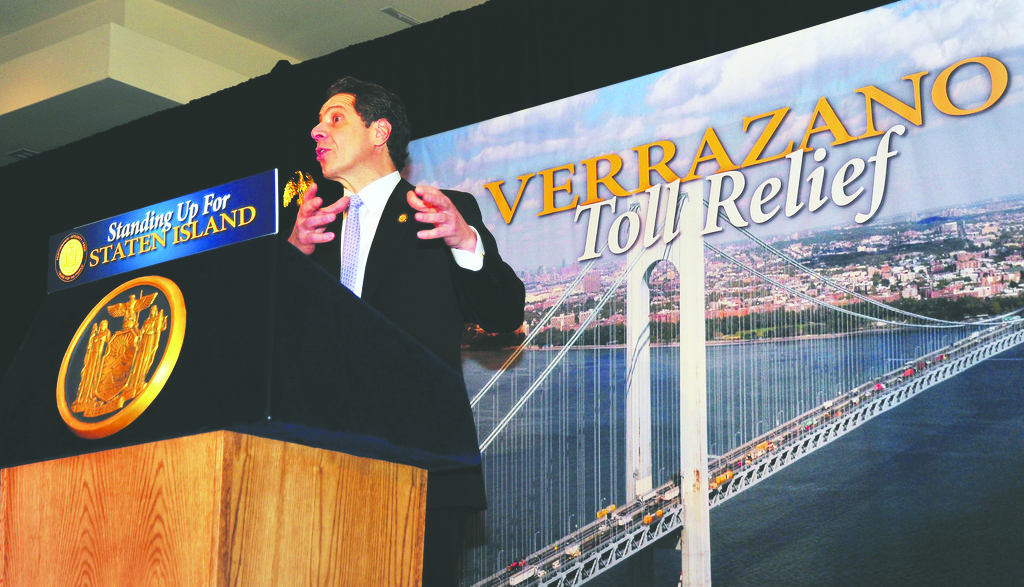 Gov. Andrew Cuomo announced Thursday a plan that could have Staten Island residents and drivers of commercial vehicles using the Verrazano-Narrows Bridge pay reduced tolls for crossing the bridge.

Under the proposal, which still needs to undergo an environmental review, Staten Island residents enrolled in the E-ZPass program who drive non-commercial vehicles would pay $5.50 while commercial vehicles that make more than 10 trips a month over the bridge would be charged 20 percent less.

Residents currently pay $6.36 per crossing for one or two trips during a month and $6.00 each for three or more trips. If approved, it’s anticipated the reduced fee will take effect on April 1, 2014.

The $14 million deal will have the state Legislature and the Metropolitan Transportation Authority each putting up $7 million.

The announcement has stirred complaints from both sides of the river. Legislators from Brooklyn and Rockland County called on Cuomo to lower the tolls for their residents as well.

The Verrazano is the longest suspension bridge in North America and carries approximately 183,000 vehicles on an average weekday. Almost 87 percent of drivers crossing the bridge use E-ZPass.