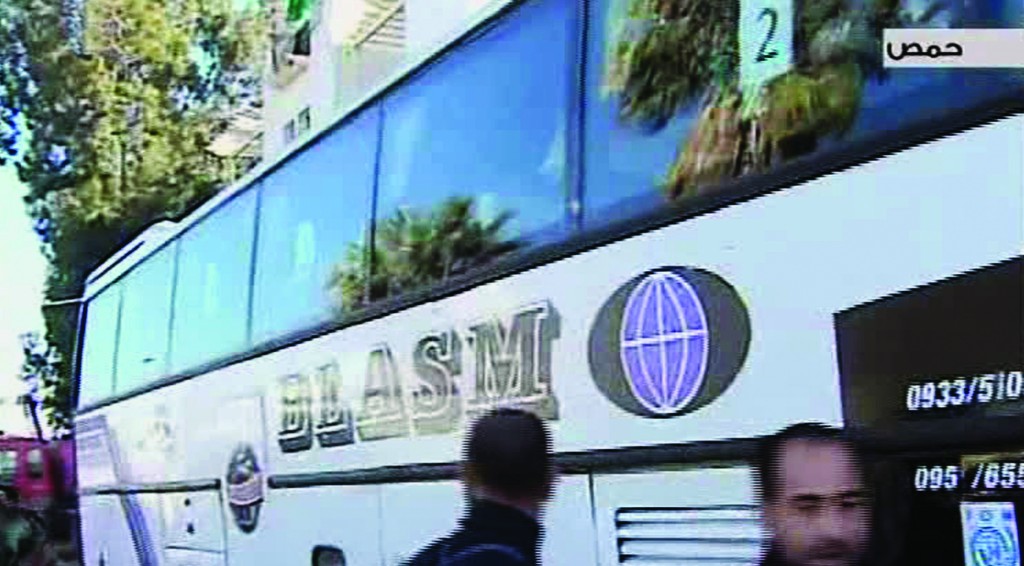 Hundreds of civilians were evacuated Sunday from the besieged Syrian city of Homs, braving gunmen spraying bullets and lobbing mortar shells to flee as part of a rare three-day truce to relieve a choking blockade. Dozens were wounded as they fled.

The cease-fire came as Syrian officials arrived in Switzerland for a new round of talks with opposition activists-in-exile to try to negotiate an end to Syria’s three-year conflict.

More than 600 people were evacuated from Homs on Sunday, said Governor Talal Barrazi. The operation was part of a U.N.-mediated truce that began Friday between the government of President Bashar Assad and armed rebels to allow thousands of women, children and elderly men to leave opposition-held parts of the city, and to permit the entry of food and supplies.

Forces loyal to Assad have blockaded rebel-held parts of Homs for over a year, causing widespread hunger and suffering.

Dozens of people were wounded when they came under fire as they waited at an agreed-upon evacuation point in the rebel-held neighborhood of al-Qarabis, according to three activists based in Homs, who spoke to The Associated Press by Skype.

At least four busloads of civilians were shipped out, according to footage broadcast on the Lebanese media station al-Mayadeen. Wide-eyed children, their prominent cheekbones suggestive of malnutrition, tumbled out of a bus, assisted by aid workers.

“Our life was a disaster, we had no food, no water,” one distressed woman said.

Homs was one of the first areas to rise up against Assad in 2011 and has been particularly hard hit by the war.