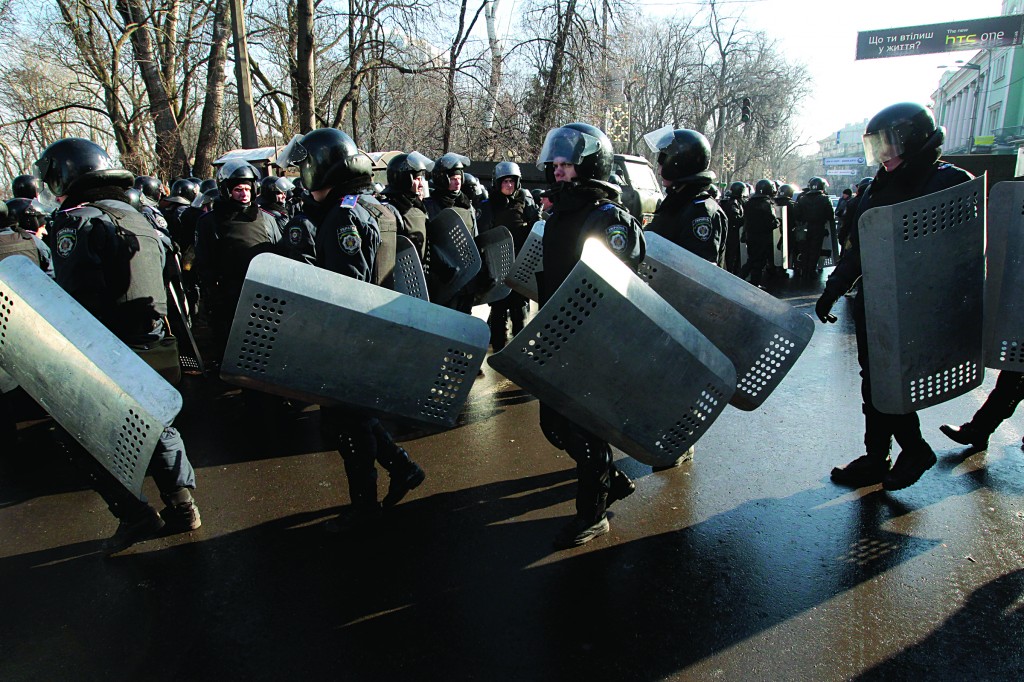 U.S. officials say they strongly suspect Russia of being behind the leak of an apparently bugged phone conversation about Ukraine between two senior American diplomats in which they make disparaging comments about the European Union.

They highlighted the distrust between Washington and Moscow that has thrived despite the Obama administration’s attempt to “reset” relations with the Kremlin.

The White House and the State Department stopped just short of directly accusing Russia of surreptitiously recording the call between the top U.S. diplomat for Europe, Victoria Nuland, and the U.S. ambassador to Ukraine, Geoffrey Pyatt. But both took pains to point out that a Russian government official was the first or among the first to call attention to the audio of the conversations.

White House spokesman Jay Carney pointed to Russia’s clear interest in what has become a struggle between pro-Moscow and pro-Western camps in the former Soviet republic.

In the audio, voices resembling those of Nuland and Pyatt discuss international efforts to resolve Ukraine’s ongoing political crisis. At one point, the Nuland voice colorfully suggests that the EU’s position should be ignored.

An aide to Russian deputy prime minister, Dmitry Rogozin, was among the first to comment online about the audio.

State Department spokeswoman Jen Psaki did not dispute the authenticity of the recording and said that Nuland had apologized to European Union officials for her remarks.

Psaki said, however, that Moscow’s apparent role in publicizing the audio was “a new low in Russian tradecraft.”