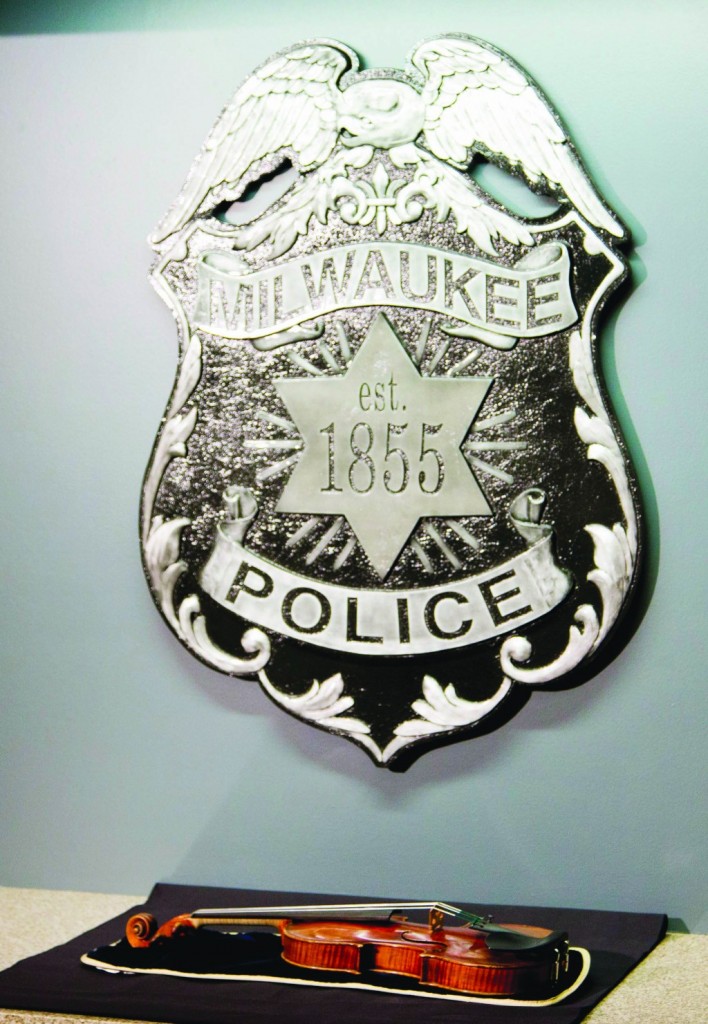 A rare Stradivarius violin worth millions of dollars that was stolen from a concert violinist in an armed robbery last week has been recovered from a Milwaukee residence, law enforcement officials said on Thursday.

Authorities discovered the prized string instrument inside a suitcase in the attic of a home on the city’s south side late Wednesday night, Milwaukee Police Chief Ed Flynn said during a news conference.

The recovery of the violin came after the arrest on Monday of three unidentified suspects, one of whom police said has a history of stealing art in Milwaukee.

“At this point it appears we have a local criminal, who was very much interested in art theft and who was smart enough to identify this as a valuable instrument,” Flynn said.

The 300-year-old instrument was being held at the city’s police headquarters and will be returned to its anonymous owner on Thursday.

Made in 1715, the instrument can be distinguished by unique striations on its back.

The owner of the house where the instrument was found told authorities that one of the suspects had asked to leave the suitcase there and the homeowner agreed, unaware of what was inside, according to Flynn.

“We have very strong confidence that the violin is fine,” said Mark Niehaus, the president and executive director of the Milwaukee Symphony Orchestra.

The violin has a fair replacement value of $5 million for insurance purposes, according to Darnton & Hersh Fine Violins, the designated curator of the instrument when it was loaned to Almond in 2008 by its owner.