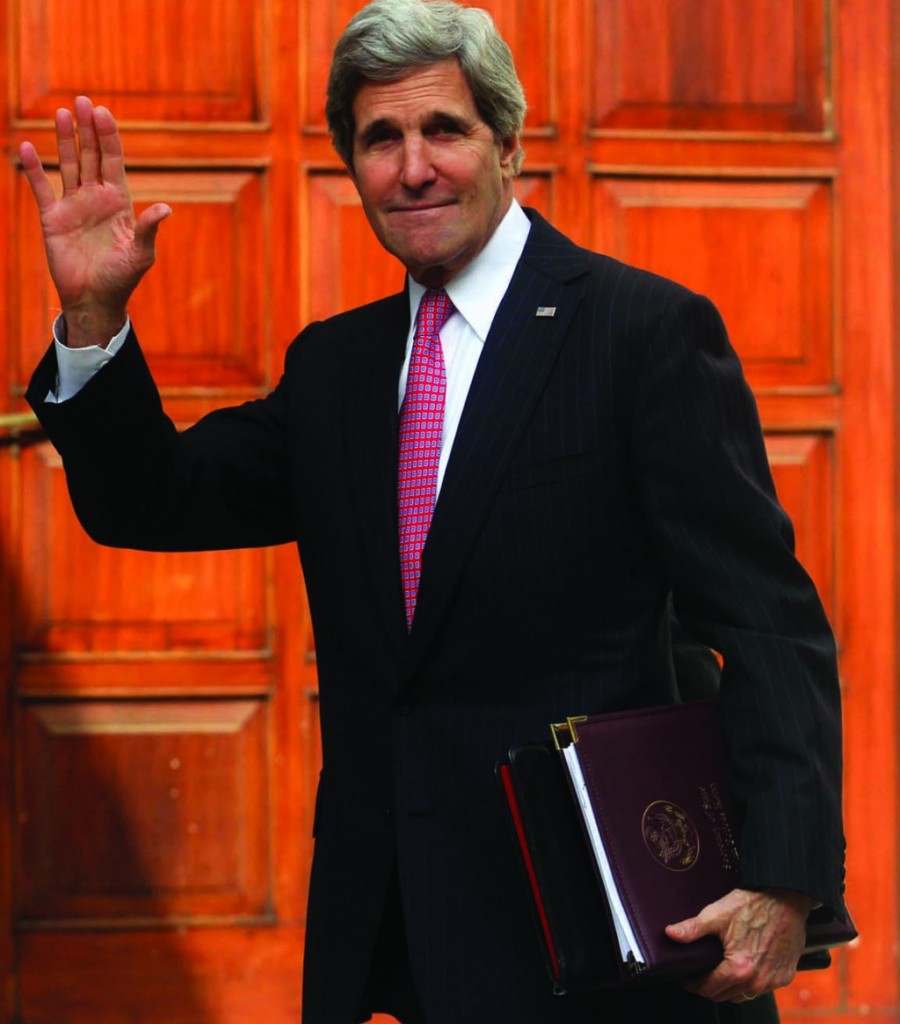 “I’m not going to be intimidated and back down,” Kerry said in an interview with CNN. “I’ve been attacked before by people using real bullets, not words… No one should distort what we are saying because they are opposed to the peace process.”

In recent days, he has been called “obsessive” and “messianic,” and depicted as a menace to Israeli security, both military and economic. In particular, his proposal for interim forces in the Jordan Valley with high-tech arrays, and repeated warnings of an international economic boycott that will burst Israel’s bubble of complacency, have elicited angry reactions from senior officials such as Defense
Minister Moshe Yaalon and Economy Minister Naftali Bennett.

Meanwhile, in a departure from the grim diplomatic dialogue, some of the people Kerry was referring to produced a two-minute-long video lampooning the American diplomat’s peace initiative.

The spoof, sponsored by the Yesha council, has an actor as Kerry, suggesting that Israeli security concerns in the Jordan Valley can be addressed by surveillance technology that would photograph armed infiltrators and shame them on social media.

There was no doubting the video’s serious purpose, though.

“All Kerry and (U.S. President Barack) Obama have done in the Middle East has failed,” said Yigal Dilmoni, deputy director of the Yesha Council.

“We do not want to be Kerry’s next failure, and we certainly do not want Jews to be banished because of him from Yehuda and Shomron, cradle of the Jewish people,” he said.

In Washington, State Department spokeswoman Jen Psaki was asked about it at the daily press briefing:

“I think it goes with what I’ve already stated about attempts to mischaracterize [Kerry’s] record, his position, his positions on issues, his statements, how that is not an attack on him; that’s an attack on the process. And of course that kind of rhetoric we find unacceptable,” she said.