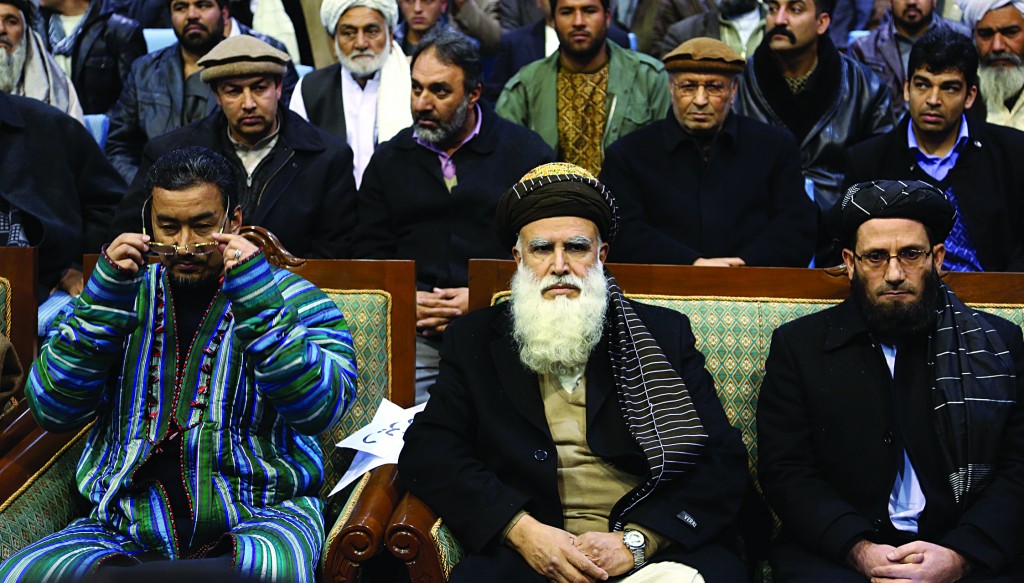 He has been called a mentor to accused 9/11 planner Khalid Sheikh Mohammed and the man who welcomed Osama bin Laden to Afghanistan in the 1990s. He was accused of war crimes and atrocities, and has a terror group named after him in the Philippines.

But these days, Abdul Rab Rasoul Sayyaf has refashioned himself as an influential lawmaker, elder statesman and religious scholar — and possibly the next president of Afghanistan.

While Sayyaf is not the only former warlord among the 11 candidates in the April 5 election to succeed President Hamid Karzai, he appears to have sparked the greatest worry among Westerners because he is seen as having a viable chance at winning. Other front-runners include Abdullah Abdullah, the runner-up to Karzai in the disputed 2009 elections; Qayyum Karzai, a businessman and the president’s older brother; and Ashraf Ghani, a former finance minister and academic.

“Afghanistan still depends on the goodwill of foreign donors for nearly all of its government’s budget,” said Graeme Smith, senior Afghanistan analyst with the International Crisis Group. “A Sayyaf win would probably really test those relationships because foreign donors might not be thrilled by some of his positions.”

Still, when Sayyaf appeared before thousands of supporters in Kabul on Thursday, he laid out a vision for Afghanistan’s future that bore striking similarities to the policy platforms of many of the more moderate presidential hopefuls.

Staunchly anti-Taliban, Sayyaf spoke of the importance of fighting corruption and boosting security and the rule of law. He expressed an openness to signing a security deal with the U.S. as well as support for women to work in professions prohibited under the Taliban.

“We are surrounded by threats, therefore we need to have close relations and deep relations with the whole world,” Sayyaf said.

An Islamic hardliner who is in his 60s, Sayyaf enjoys a measure of support in Afghanistan, thanks to his party’s deep political roots and popularity in the east of the country.

“Sayyaf is probably in the eyes of many ordinary Afghans the candidate with the strongest religious credentials, with the greatest authority to speak on matters of religion,” Smith said. “We shouldn’t count out Sayyaf and his power in the rural areas.”

The candidate’s message on Thursday seemed geared at broadening his appeal. Telling the packed audience that he had no shoes, pens or notebooks as a child, Sayyaf, a charismatic orator, said he had seen poverty firsthand and knows “the difficulty of the people.”