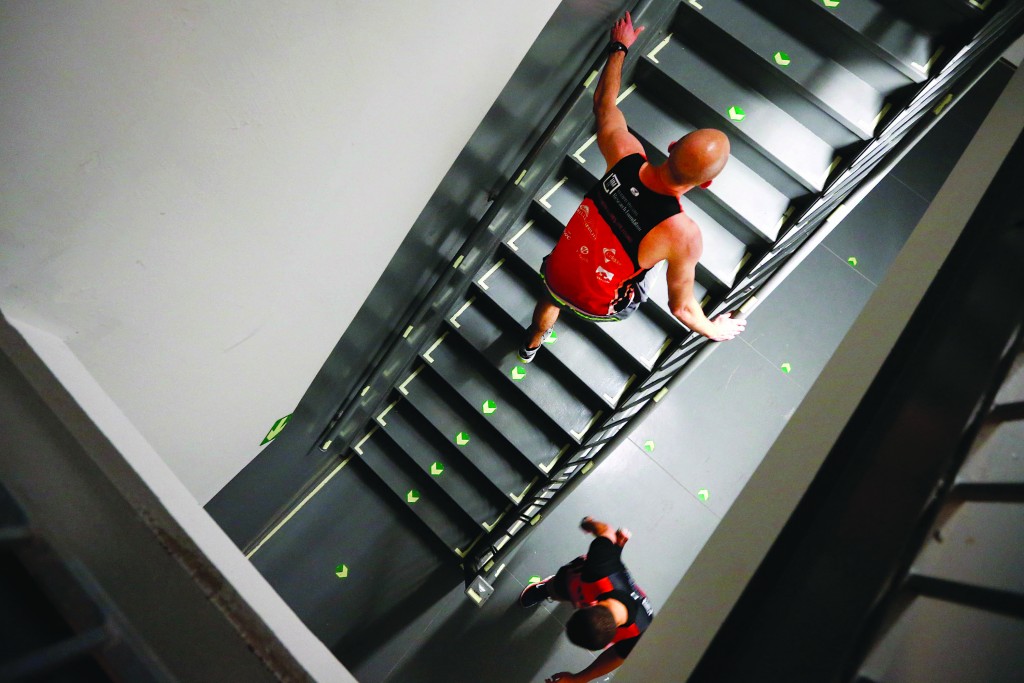 It was up, up, up and away for Thorbjorn Ludvigsen and Suzy Walsham at the annual Empire State Building Run-up on Wednesday night, as they won the men’s and women’s event, respectively.

Walsham, an Australian who lives in Singapore, climbed 86 flights of stairs in 11 minutes, 57 seconds, setting a record for her fifth time winning. Ludvigsen, of Norway, won the men’s race in 10:06.

Ludvigsen, 25, came in second at last year’s race and said winning “feels great.” His trophy was in the shape of the iconic skyscraper.

Runners from around the world took part in the vertical dash up 1,576 steps, starting at the lobby and finishing on the 86th floor. The event — among the more high-profile tower climbs in the world — usually ends on the observation deck, but the poor weather brought the finish line inside. Five hundred people were registered to take part.

The event was put on by the New York Road Runners, which also puts on the annual New York City Marathon.

Like the marathon, start times were staggered. The elite men and women started before the general field, and those in the general field were sent up in seconds-apart intervals, a tactic put in place to avoid crushes of people trying to get into the stairwell at the same moment.