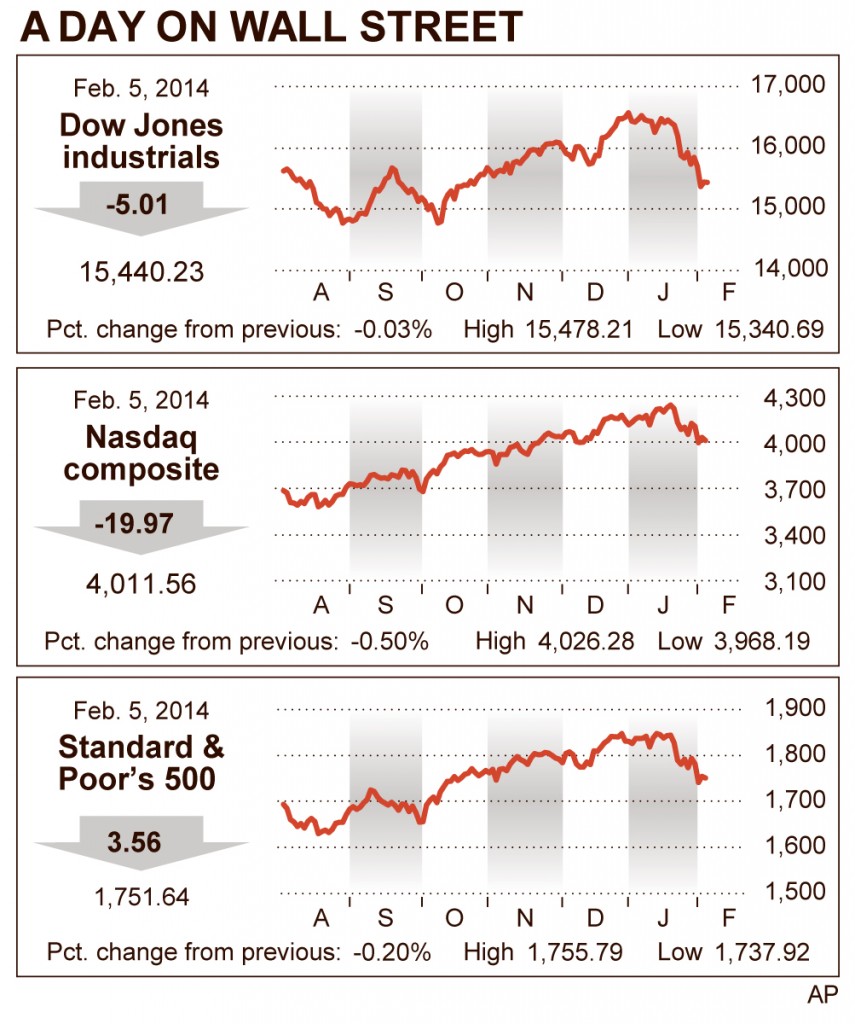 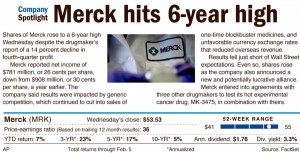 Wall Street took a step backward Wednesday. Then a tiny step forward. Then back.

The tentative dance amounted to little change for major U.S. stock indexes, which ended the day just below their prior day’s levels.

For the week, stocks remained down, extending the sharp downturn for the year.

“We’re seeing some buyers coming in on the weakness, but not enough to push the market higher,” said Joe Bell, senior equity analyst with Schaeffer’s Investment Research.

Stocks were down in premarket trading and continued to slide for much of the day. A survey on U.S. hiring did little to ease uncertainty over the health of the American economy.

Many investors remain leery, waiting to see if the U.S. economic recovery is on track.

Six of the 10 sectors in the S&P 500 finished lower. Telecoms and energy stocks registered the biggest industry declines.

Markets started the week with a 326-point drop in the Dow, triggered by disappointing news about the U.S. manufacturing.

A private survey on Wednesday showed that U.S. businesses added jobs at a steady but modest pace in January, a sign that hiring has rebounded. Payroll processor ADP said companies added 175,000 jobs last month. That’s down from 227,000 in December, which was revised lower. But it was much better than the government’s official figure of just 74,000 new jobs in December. The ADP numbers cover only private businesses and often diverge from the government’s more comprehensive report due out Friday.

Investors are trying to get a clear picture of the U.S. economy and the prospect for corporate earnings growth this year.

The economy grew at a 3.2 percent annual rate in the October-December quarter on the strength of the strongest consumer spending in three years. But concerns are growing that the U.S. and global economies may be weakening due to slowing growth in China and in other emerging markets.

Add to this harsh winter weather, which some analysts expect could have had a negative impact on the economy in December and January.

And then there’s earnings season, which Macey and other analysts sum up so far as good overall. Still, many companies have offered outlooks that fell short of Wall Street’s expectations.

The Federal Reserve’s decision to slow its stimulus program also places more importance on what the latest economic data show.

Despite Wednesday’s overall decline in the market, many stocks finished in the green.

The yield on the 10-year Treasury note edged up to 2.67 percent from 2.63 percent on Tuesday. The yield, which affects rates on mortgages and other consumer loans, has dropped from 3 percent at the start of the year as investors have bought bonds amid concern that U.S. growth is slowing.