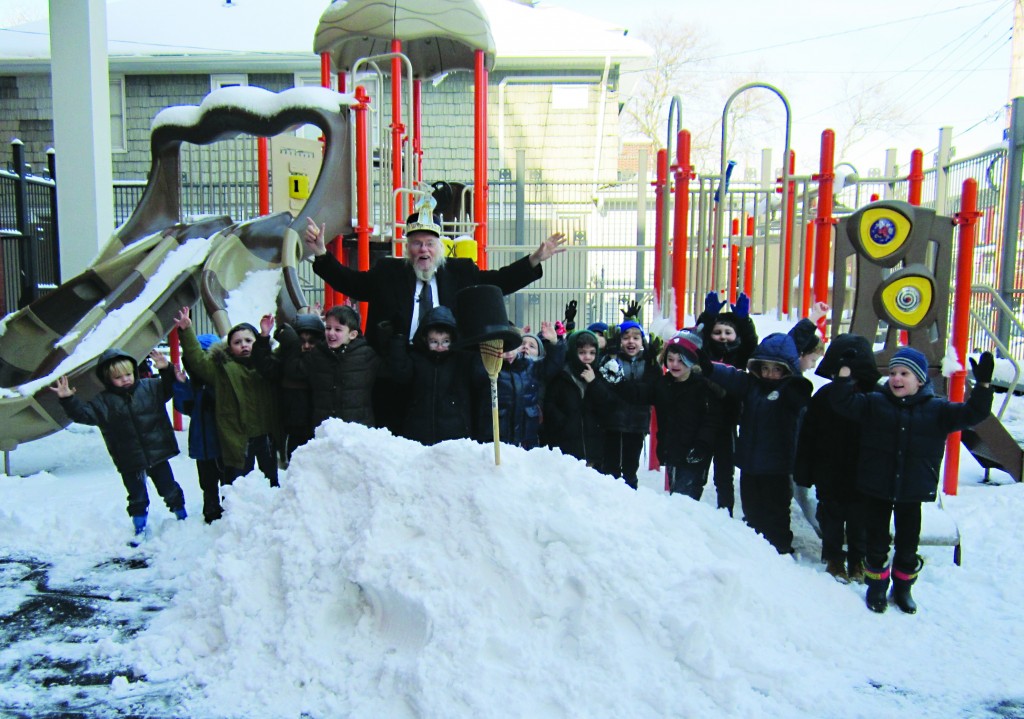 It was snow, then it was ice, then it was frozen rain, then it was slush. The surface was slippery on Wednesday no matter where you were in New York — or how you were trying to get around.

Airplane flights were canceled by the hundreds. Commuter train and subway services were erratic. Buses were delayed. Cars slid off suburban parkways and an interstate highway was closed.

Walking was a challenge, too, as the various forms of precipitation combined into slush.

“I’m sinking,” said Kal’a Carruth as she tried to negotiate a muddy puddle in downtown White Plains that had small floes of ice in it. “These are the wrong boots. They have traction but they’re not waterproof.”

Gov. Andrew Cuomo declared a statewide state of emergency, closing Interstate 84 between the Connecticut and Pennsylvania borders. There was some confusion when he ordered 3,500 tons of road salt to be trucked to the New York City area, where the governor said supplies were running low with plenty of winter left.

However, during a noontime press conference, Mayor Bill de Blasio said the city had enough salt for this storm and an expected snowfall at the end of the week.

“Like the mayor said,” conformed First Deputy Mayor Tony Shorris, “we have plenty of salt for this storm and for the next storm.”

Shorris said that the city took “a couple thousand tons” of salt from the state as a precaution, but said that they had a sufficient supply.

By late morning, 4 inches of snow and a quarter inch of ice had fallen on Central Park.

Snow totals were much higher to the north, with readings of 11 inches in Warwick and 9 in Carmel. Upstate, forecasters said the storm could drop up to 16 inches of snow in some places.

De Blasio, shoveling the sidewalk in front of his Park Slope home, warned that the snow was wet and heavy. “Hire your local teenager,” he suggested. His own teen Dante, 16, was at school — the only city across the state to have regular classes.

Lakewood yeshivos and girls’ schools opened an hour and a half late due to a busing delay when Gov. Chris Christie declared a state of emergency.

“Let’s face it, this city is no stranger to adversity,” the mayor said.

Snow and freezing rain caused the cancellation of hundreds of flights at airports — 40 percent of flights at LaGuardia Airport and 36 percent at John F. Kennedy.

About 8,000 businesses and households were without power by midday Wednesday, Cuomo said. In New York City, de Blasio said there were some outages but nothing widespread.

JCP&L did not report any power outages for Lakewood, although the wider New Jersey area had tens of thousands of outages, mostly in Mercer County.

Picca said the forecast suggests some potential for another storm late in the weekend. He said it probably would make “at least a close pass to the Northeast.”