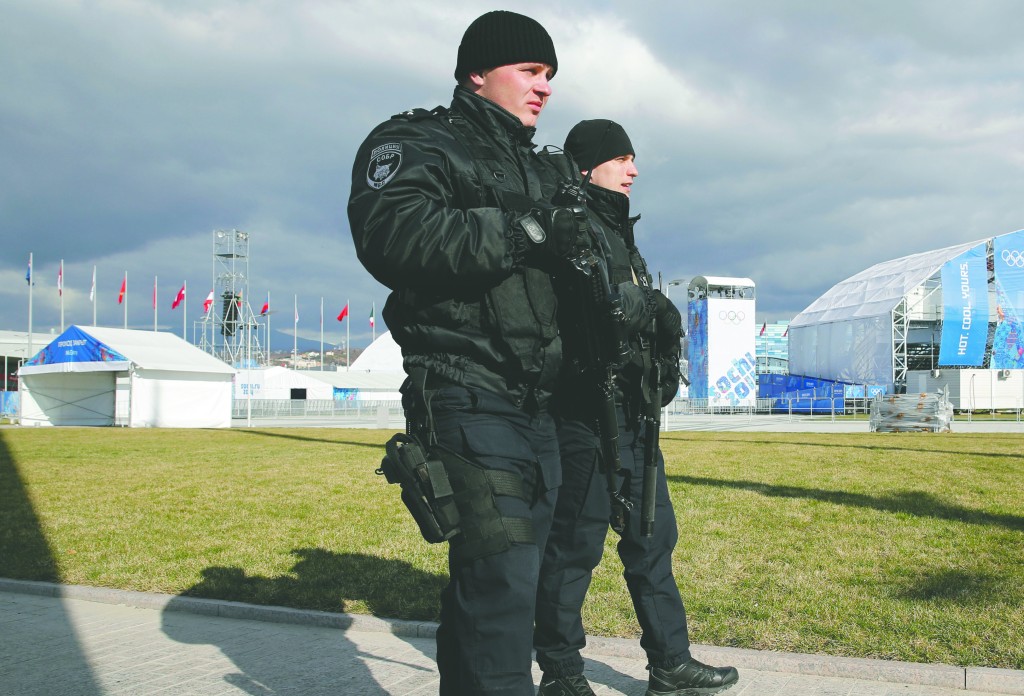 Russian security forces on Wednesday killed a terrorist who may have helped to train the two suicide bombers who struck the southern city of Volgograd, investigators said.

The bombings of a train station and an electric trolleybus in late December killed 34 people and heightened security fears ahead of the Sochi Winter Olympics, which begin on Friday.

Russian law enforcement agencies have announced a series of developments in the case in recent days, including the identification of the suspected bombers and the arrests of two suspected accomplices.

Security forces on Wednesday surrounded a group of terrorists who had holed up in the Dagestani town of Izberbash, said Rasul Temirbekov, a spokesman for the Investigative Committee, a federal agency.

In an exchange of gunfire, security forces killed 30-year-old Dzhamaldin Mirzayev, who was suspected of having been involved in training the bombers and sending them to Volgograd, Temirbekov said.

Russia’s counterterrorism agency say the two suspected bombers, Asker Samedov and Suleiman Magomedov, were members of a terrorist group in Dagestan, a republic in Russia’s North Caucasus region that is the center of an Islamic insurgency.

Two brothers detained last week in Dagestan were believed to have helped the bombers travel to Volgograd, about 400 miles to the north, the National Anti-Terrorism Committee said.

The leader of the Caucasus Emirate, an umbrella group for terrorists seeking to establish an independent Islamic state in the North Caucasus, has urged his followers to strike the Winter Olympics.

Russia has put in place sweeping security measures in Sochi, which sits just a few hundred miles west of the North Caucasus.