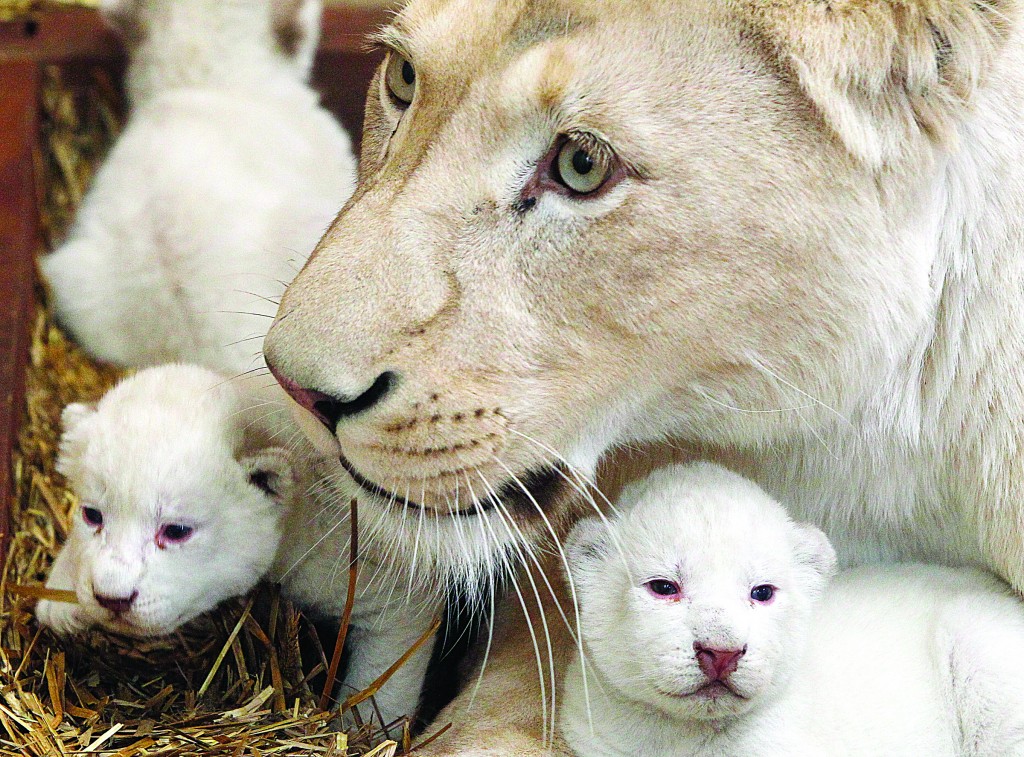 The owner of a private zoo in central Poland said Tuesday he feels three times lucky with the birth of white lion triplets who are getting loving care from their mother.

The white lion is a rare color mutation of the Kruger subspecies of African lion found in some wildlife reserves in South Africa and in zoos around the world. Andrzej Pabich, head of the zoo in Borysew, says about 90 of them are now in existence.

He told The Associated Press that his 21/2-year-old white lioness Azira has been patiently feeding and caring for the cubs, which were born Jan. 28. Their father, 3 1/2-year old Sahim, who is also white, is kept in a neighboring cage and roars at anyone who comes too close to his family.

The zoo will name the cubs after they grow a little more and can be weighed and identified, Pabich said. They will be allowed on an outdoor run in April.

Pabich is a machinery mechanic who loves animals and his son, Dariusz, and a team of veterinarians work at the zoo.