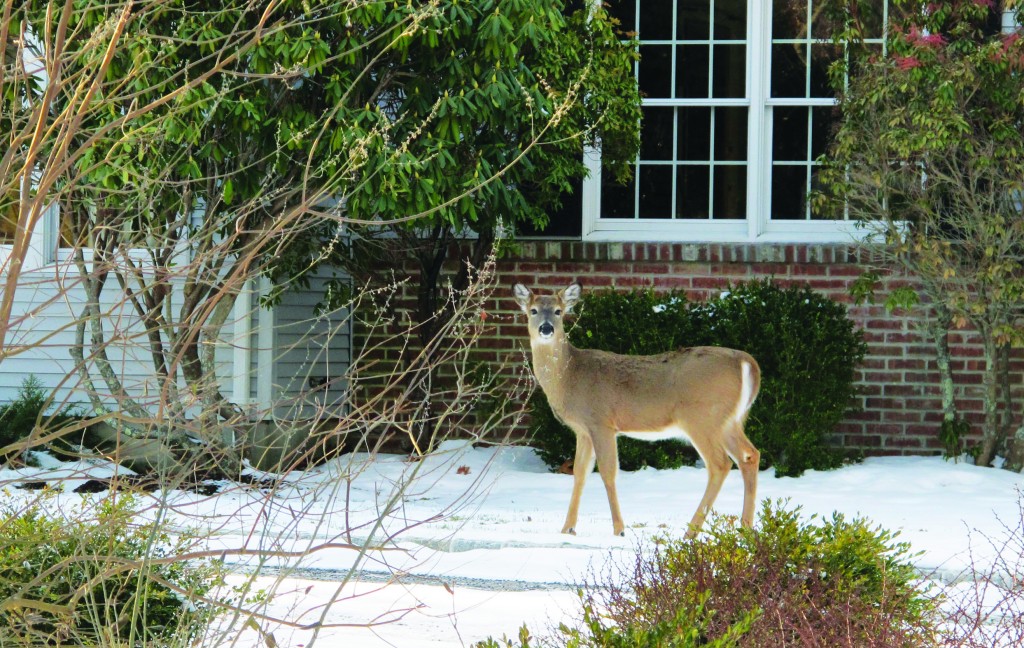 An ambitious plan to eliminate about 10 percent of the estimated 30,000 white-tailed deer inundating eastern Long Island, from posh Hamptons estates to agriculturally rich vineyards and vegetable farms, has been severely scaled back following protests and a court challenge by animal welfare advocates, hunters and others.

The plan announced last summer called for the killing of up to 3,000 brown-eyed does and bucks by specially trained sharpshooters equipped with night vision equipment. The proposal by the U.S. Department of Agriculture’s Wildlife Services division and the Long Island Farm Bureau has since been downgraded to a goal of 1,000 deer.

Federal, state and local officials have said the deer are significantly damaging vegetables and other crops in the state’s highest producing agricultural county. They say the deer also are responsible for hundreds of annual motor vehicle accidents and are carriers for ticks that spread Lyme disease.

Some residents refer to deer as “rats with hooves.”

“It’s been absolutely devastating,” said Scott Russell, the supervisor of the town of Southold on the northeastern tip of Long Island. “Some people think this is about people trying to protect their gardens; it’s far more than that. It’s every aspect of our life in Southold is being affected by the overpopulation of white-tailed deer.”

It now appears Southold may be the only town left in the program after both the town and village of East Hampton dropped out, along with Brookhaven, and other municipalities.

“It’s a brutal massive slaughter,” said Bill Crain, president of the East Hampton wildlife group. How could we explain this killing to the children who would find out about it? They would lose faith in us as protectors of life.”

On the other side of the argument is Southold vineyard owner Regan Meador, who said he and a neighbor recently installed about $40,000 worth of eight-foot fencing around about 60 acres of farmland to keep the deer from destroying their crops.

“It’s pretty bad out here. The deer were coming through and causing quite a bit of havoc,” said Meador, 34, who supports the cull. “I grew up in Texas where seeing a deer was like seeing a ghost they were so rare. Now living here, these deer just stand and stare at you. I think it’s best for them.”