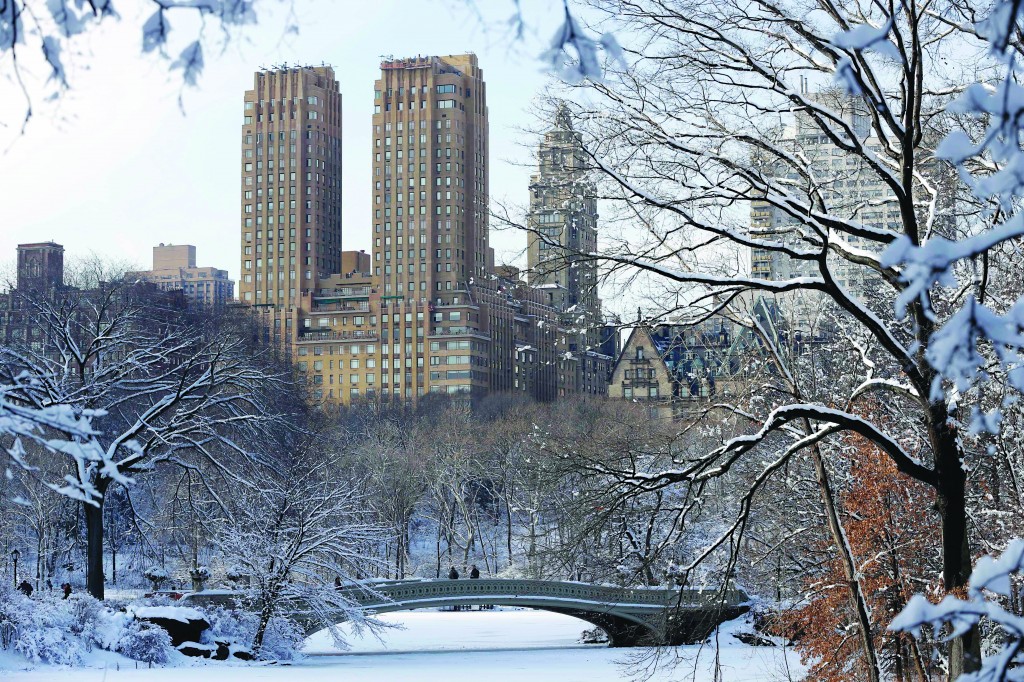 As piles of snow grow during this seemingly endless winter, the mounds of salt for spreading on the nation’s roads are shrinking, forcing communities to ration supplies or try exotic new ice-melting substances.

“If we don’t get the salt, at some point people are going to be sliding all over the place like what you saw in Atlanta,” said Julius Hansen, public works director in the Chicago suburb of Glen Ellyn. So far this year, Glen Ellyn’s snow-removal crews have responded to 31 storms.

In some areas, there has been so much snow that cities have had to find creative ways to stretch their supplies. In Pennsylvania’s Butler County, they’re trying out a product called Beet Heet, made of processed sugar beet molasses, for anti-icing purposes.

Milwaukee road crews are experimenting with cheese brine, mixing it with rock salt  to make the salt wetter “so it will stick in place,” said Sandy Rusch Walton, Milwaukee’s Public Works Department spokesman.

Elsewhere, communities have cut back. “As the season goes along, we become stingier,” said Fred Abadi, the public works director in Waukesha.

Motorists have noticed. When Emira Palacios got into her car Tuesday, as another storm rolled in, “none of the streets had salt,” she said. “It is a little scary.”

Wichita has received only about 800 tons of the 3,000 tons of salt it ordered. So salt is being mixed with sand.

“Sand gives you some traction to get started, to stop, but it doesn’t do any melting,” said Joseph T. Pajor, deputy director of the city’s public works and utilities department.

Some communities have been offered salt that is on barges, but that salt must be loaded onto trucks because the barges are stuck on frozen rivers and waterways.

“So the municipalities that could buy bulk salt early in the year at $53 a ton are now paying $130 a ton a week ago,” said Tom Breier, general manager of Ice Melt Chicago, which sells salt to cities and school districts. “And I heard the prices have gone up to $175 to $180 a ton. It could easily go to $200 a ton or more.”

By the end of January, the Pennsylvania Transportation Department had gone through 686,000 tons of salt, more than 200,000 tons beyond the amount used in a typical year.

“After two mild winters,” said Lori Roman, president of the Salt Institute, a trade group, “the severe weather has caught a lot of people off guard.”