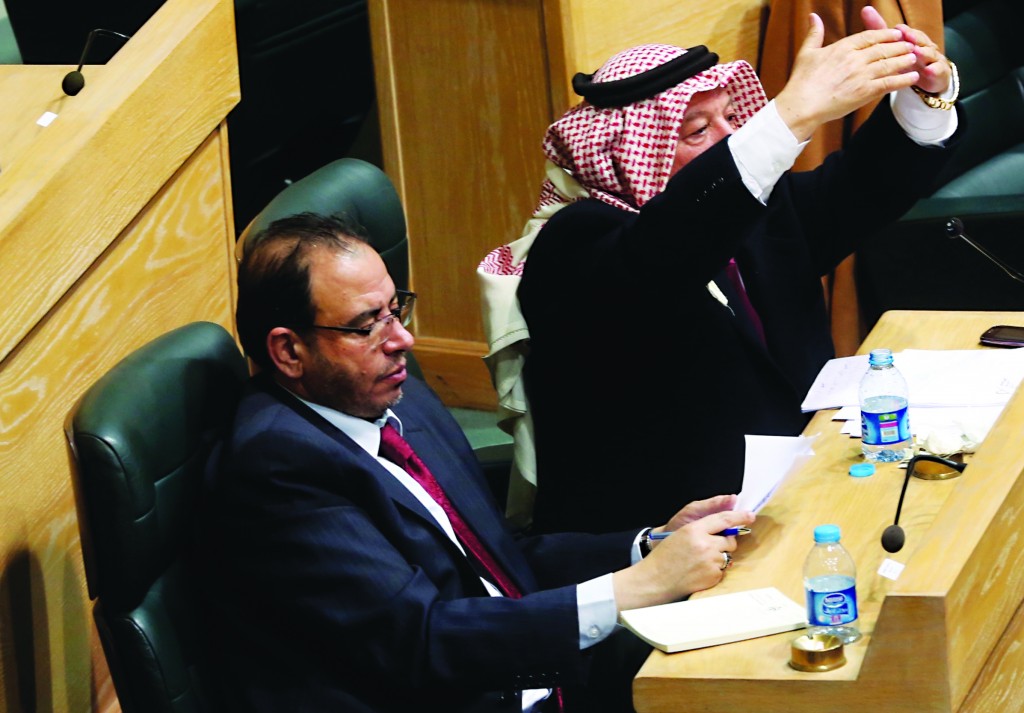 Israelis and Palestinians may be hugely skeptical about the U.S.-led peace negotiations their leaders have been roped into, but the Jordanians seem worried that they actually might succeed. The kingdom is already home to the largest Palestinian population outside Yehudah and Shomron and Gaza, and Jordanian lawmakers and others fear an accord might lead to a new influx of refugees.

The kingdom, a key U.S. ally, is watching warily as Secretary of State John Kerry brokers the secretive talks. Protests have broken out, the media brims with disaster scenarios, and lawmakers have held anguished debate.

“Jordan stands today at a dangerous crossroad because it will be a victim of an Israeli-Palestinian peace deal,” warned tribal lawmaker Abdul-Karim Dughmi. “I do not trust Mr. Kerry because his country is biased toward the Zionists and their expansionist plans to usurp the remaining Palestinian lands and force more Palestinian refugees onto Jordan.”

He spoke during the second day of a heated debate on the issue under the domed parliament chamber in the capital, Amman.

At the heart of the matter is the brittle situation in Jordan itself — a monarchy that managed largely to escape the Arab Spring convulsions that have enveloped much of the region, and yet is vulnerable because of a combustible ethnic schism only complicated by the recent years’ arrival of more than a half million refugees from Syria due to that country’s ruinous civil war. Another half million Iraqis also live in Jordan since dictator Saddam Hussein was toppled in 2003.

According to estimates, about half of Jordan’s 7.5 million people are Palestinians. Despite the huge Palestinian population — some believe they are a majority — many key posts and the most plum jobs are still held by Bedouin tribesmen who dominate the government and other non-Palestinian Jordanians. Many Palestinians still live in ramshackle camps and feel like second-class citizens. They are banned from posts in the foreign ministry, army, intelligence and other security departments. They are also excluded from royal perks frequently extended to those of Bedouin origin, such as university scholarships and free health care.

There is no indication that Jordan will be asked to absorb Palestinian refugees from Lebanon, Syria and elsewhere. But the Jordanians are nervous. Political analyst Labib Kamhawi said that non-Palestinian Jordanians “are afraid to lose their longstanding monopoly on power and be forced to share it with Palestinian refugees who may decide not to return to Yehuda and Shomron under a final peace deal.”

Amid the tumult, King Abdullah II planned to discuss the issue during a U.S. trip that began Tuesday and will include a stop in California on Feb. 14 for talks with President Barack Obama.

A government official said Abdullah will “remind” the Obama administration about Jordan’s interests in a final Mideast settlement. He said Kerry was in constant touch with his Jordanian counterpart, Nasser Judeh, speaking several times a week.