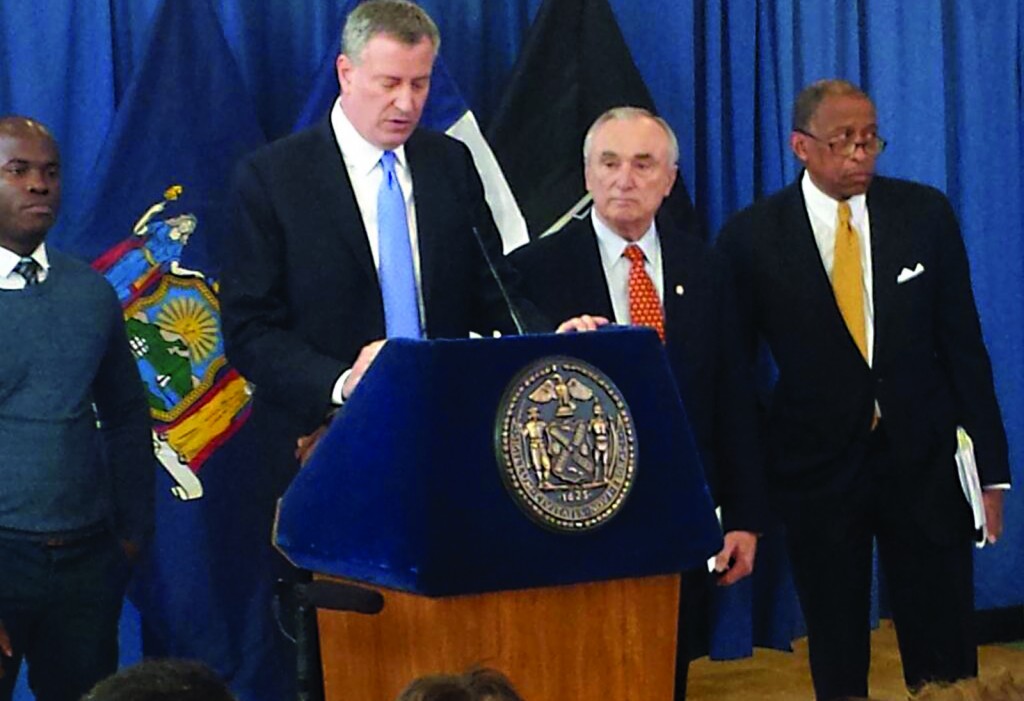 It was no coincidence on Friday when William Bratton entered a packed auditorium at police headquarters in lower Manhattan to the strains of the fabled U.S. Cavalry tune “Garryowen.”

Presiding over his first promotion ceremony as the new commissioner of the New York Police Department, Bratton told his audience that he had mentioned to the leader of the NYPD band “that I liked that song and miraculously, what did they play? That song.”

The entrance — combining pomp leavened by a dash of humor — was typical of Bratton’s leadership style. It also marked a shift in tone at a department where in recent years the previous administration had displayed more of a bunker mentality as it came under criticism that it was abusing civil rights with its aggressive use of street stops to fight conventional crime and of surveillance to detect terror threats.

Bratton’s appearance came nearly two decades after he held the same position under former Mayor Rudolph Giuliani. The mayor pushed Bratton out after only two years amid reports about a clash of egos over credit for declines in serious crime.

It also was Bratton’s first chance to speak to the rank and file following Wednesday’s announcement by Mayor Bill De Blasio that the city would settle its long-running legal battle over the department’s practice of stopping, questioning and often frisking people on the street by agreeing to reforms that a judge ordered in August. The commissioner emphasized he was committed to reshape what he called an “essential tool” in policing to make it less intrusive and more respectful.

“So much of the loss of public trust, particularly in minority areas, has come as a result of that practice,” he said.

Bratton, as he has in the past, recited the “Nine Principles” of Sir Robert Peel, the 19th century British prime minister who created the first metropolitan police force in 1829. Among them: “Police, at all times, should maintain a relationship with the public that gives reality to the historic tradition that the police are the public and the public are the police.”

The principles “will form the framework, they will form the foundation upon all that we will do,” he said. “It is my belief … that the NYPD and you are the living embodiment of those nine principles.”

In another departure, Bratton spoke of working with the Patrolmen’s Benevolent Association to address its concerns about the city’s new stance on street stops. His predecessor, Raymond Kelly, had a chilly relationship with the powerful police union.

“We are standing on common ground with this issue,” Bratton said of the PBA. “And we will get it right together.”