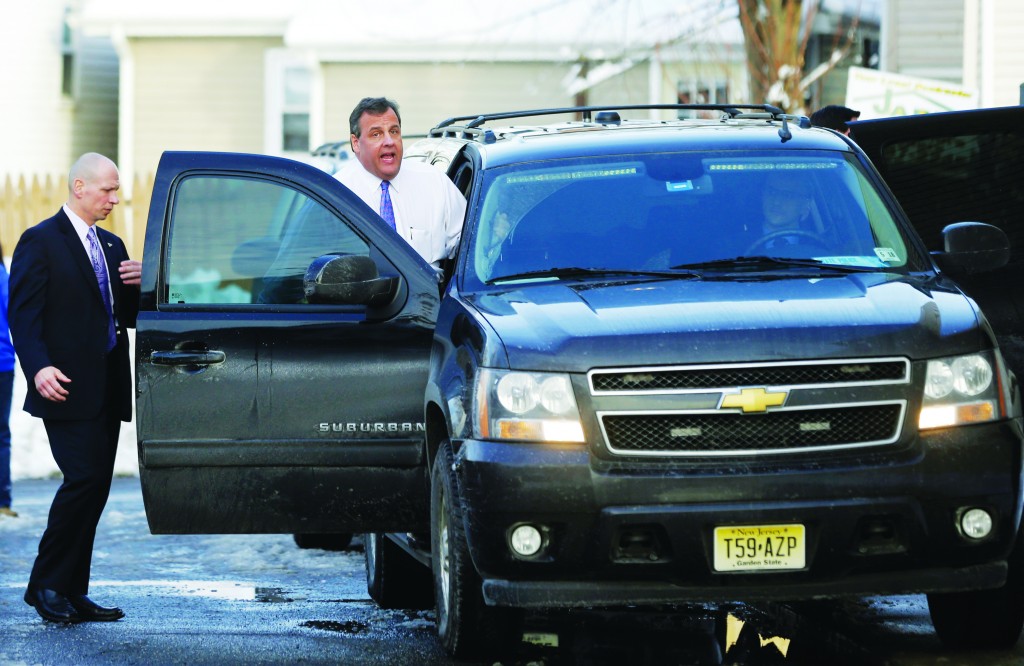 Gov. Chris Christie said on Tuesday he understands the frustration of Superstorm Sandy victims who still haven’t gotten their homes or their lives back together 15 months after the storm, the state’s worst natural disaster.

The Republican, making good on a promise not to let the George Washington Bridge traffic scandal engulfing his administration get in the way of day-to-day governing, visited a firehouse and met with a few residents in Keansburg, a blue-collar Raritan Bay community hard hit by the October 2012 storm.

Christie was there to talk about the state’s plans to spend the next $1.46 billion in federal storm aid it is getting. His administration plans to use roughly half the money for housing programs. Infrastructure protection also is a priority.

Irene Neikam lives a half-block from the bay. Her home was flooded during the storm, and she lost her car. The 67-year-old said she has four years to elevate her home or she will have to move.

But she can’t afford to do the work herself. She has been approved for a state grant but hasn’t gotten it all yet. She told the governor the drawn-out process is frustrating.

Christie, speaking in an uncharacteristically soft voice, told them the long-term process of rebuilding is not easy, and he asked for patience.

“I always said this phase would be the hardest part,” he told them. “Obviously, it takes a long time.”

In remarks afterward to a crowded firehouse, Christie said the extra money the state will funnel toward housing programs should allow 3,000 storm victims to move off waiting lists and begin the grant process.

“Here we are, 15 months after Sandy, and still have folks who feel a sense of extreme loss and frustration about the fact that everything isn’t finished,” he said. “Believe me, I get it. At the same time, I hear them saying things are getting better. There’s a light at the end of the tunnel.”