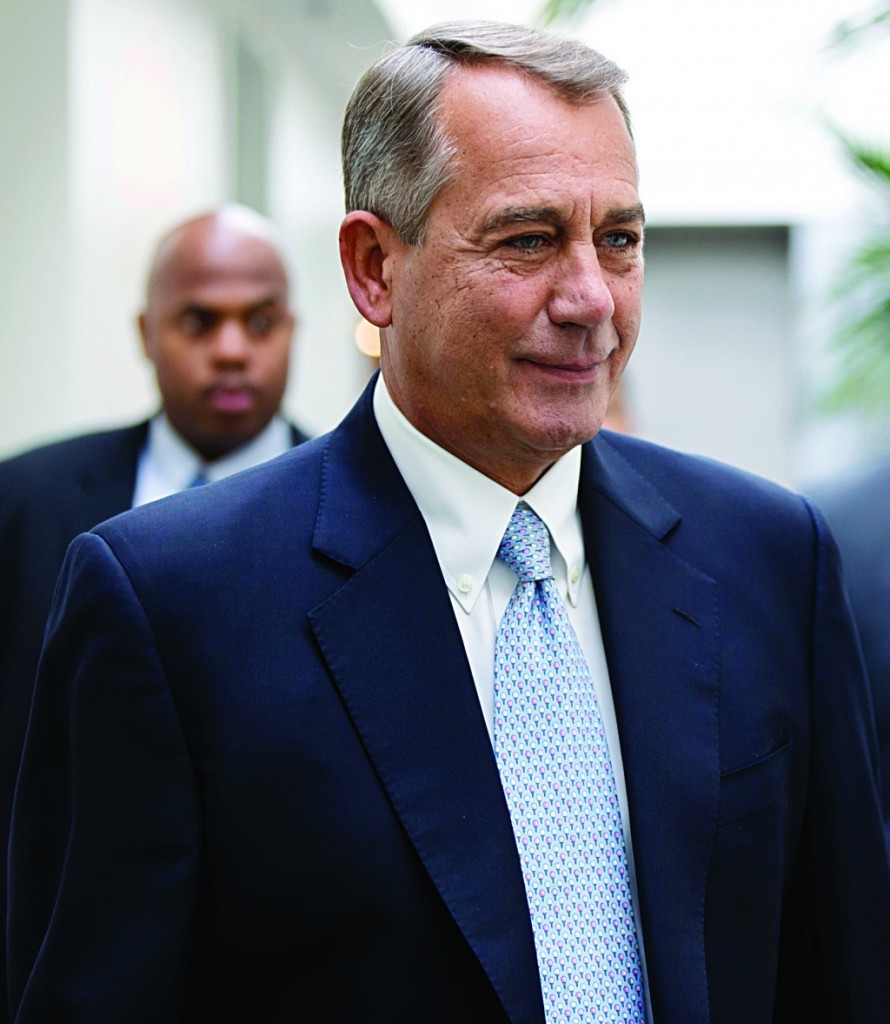 An unusual coalition of lawmakers from both parties, labor and business leaders, veterans groups and Canada’s ambassador to the United States joined forces Tuesday to push for quick approval of the Keystone XL oil pipeline.

Five Democrats joined Republicans at a Capitol news conference to urge President Barack Obama to approve the pipeline following a State Department report last week that raised no major environmental objections. The $7 billion pipeline would carry oil from tar sands in western Canada to refineries along the Texas Gulf Coast. The project has lingered for more than five years and has become a symbol of the political debate over climate change.

Canadian Ambass. Gary Doer also spoke at the news conference, along with labor union officials and a retired Navy admiral.

Environmental groups that oppose the pipeline have been making a lot of “noise,” Doer said, but polls show most Americans remain in favor of the project. Pipeline opponents, including many Democratic lawmakers, say the pipeline would carry heavy oil that contributes to global warming. They also worry about a spill.

Sen. Mary Landrieu (D-La.), said the time to build the pipeline “is now,” adding that pipelines are safer and more environmentally friendly than oil that is transported by trains or trucks.

Keystone XL, proposed by Calgary-based TransCanada Corp., not only would create jobs and boost her state’s economy, it also would “connect two of the strongest allies in the world,” Landrieu said.

“I would swap Canada for Venezuela any day of the week,” added Rep. John Barrow (D-Ga.), another pipeline supporter.

A report released Friday by the State Department cited no major environmental objections to the 1,179-mile pipeline, which would carry oil through Montana and South Dakota to a hub in Nebraska, where it would connect with existing pipelines to get the oil to refineries on the Texas Gulf Coast.

Pipeline supporters say it will create thousands of jobs and move the U.S. toward North American energy independence.

Foes say the pipeline would carry “dirty oil” that contributes to global warming. The State Department report says oil derived from tar sands in Alberta generates about 17 percent more greenhouse gas emissions than traditional crude. But the report makes clear that other methods of transporting the oil — including rail, trucks and barges — would release more greenhouse gases than the pipeline.

Joining Landrieu and Barrow at the news conference Tuesday were Democratic Sens. Joe Manchin of West Virginia, Heidi Heitkamp of North Dakota and Mark Pryor of Arkansas. Landrieu and Pryor face re-election this year in energy-producing states where the pipeline is popular and Obama is not.

Landrieu, who is expected to become chairwoman of the Senate Energy Committee later this month, said she is “open to whatever needs to be done” to approve the pipeline, including use of the project as a bargaining chip with Republicans in upcoming talks over raising the federal debt limit.