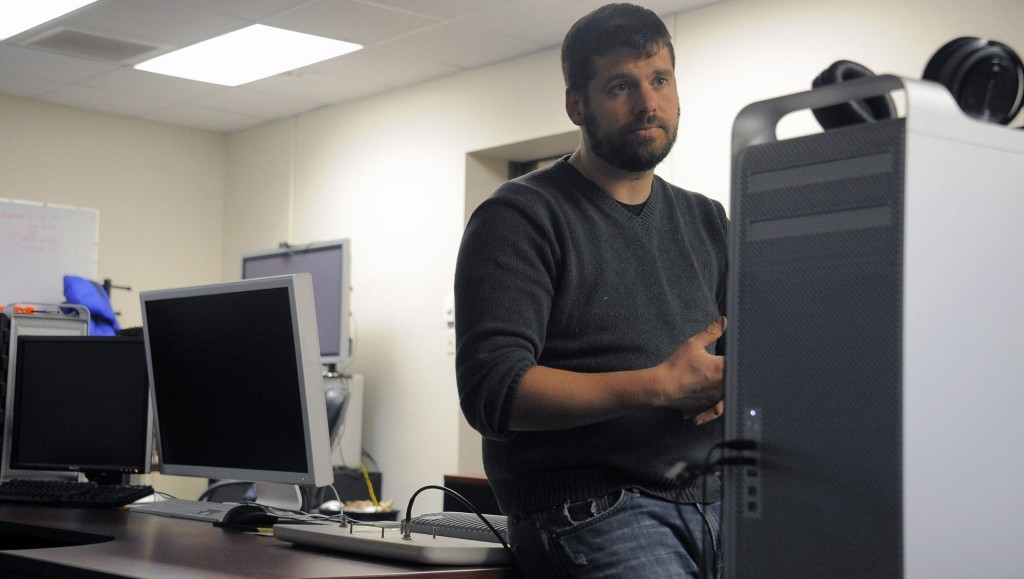 Inside a drab computer lab at Johns Hopkins University, a team of researchers is trying to build something that has never existed before: a digital currency that changes hands completely, in secret. Its name is Zerocoin.

The untraceable currency is designed to compete with other virtual moneys, such as Bitcoin, which are drawing attention as alternatives for businesses and individuals – and drawing criticism from some who believe they enable money laundering and other criminal activity.

Advocates say such digital currencies, made possible by complex computer formulas, will eventually be widely embraced by users who want to exchange money instantly and directly, without a bank as middleman. Bitcoins are already being accepted as payment by a growing number of businesses, large and small, including Overstock.com. Matthew Green, the Hopkins assistant professor of computer science who is leading the Zerocoin project, says there is a legitimate need for anonymous financial transactions. If virtual currencies are going to exist, he and his team of graduate students say, there should be one that provides the same kind of privacy that people have when exchanging traditional forms of money.

“In our field, the probability that you’re going to have a global impact is kind of low,” Green said. “We want to make something that the world wants, and can get use out of.”

But some worry about the potential for misuse of unregulated virtual currencies, which are not backed by any government or a commodity like gold, but instead exist entirely as computer code.

Steve Hudak, a spokesman for the Financial Crimes Enforcement Network, a money-laundering-monitoring agency under the U.S. Treasury Department, said his agency is concerned about the risk of criminal use of virtual currencies.

“The anonymous transfer of significant wealth, instantly, any place in the world, is kind of an obvious money-laundering risk,” he said, declining to comment specifically on Zerocoin.

Virtual currencies have drawn attention in recent months. in large part because of the high-profile bust of Silk Road, a $1.2 billion online marketplace for illegal drugs. The secretive cryptocurrency Bitcoin was used to make purchases on Silk Road, according to federal prosecutors in Maryland and New York, who charged the site’s alleged founder, Ross William Ulbricht, with drug, money-laundering and computer hacking offenses, in addition to attempting to order the killing of an employee.

At the time of his arrest last year, federal authorities said, Ulbricht had 600,000 Bitcoins, worth about $80 million. Ulbricht has pleaded not guilty, and is being held, pending trial.

Last week, federal prosecutors charged Charlie Shrem, the CEO of a Bitcoin exchange site and vice chairman of the Bitcoin Foundation lobbying group, with conspiracy to commit money laundering. They alleged that he and another man had sold $1 million worth of Bitcoins to people attempting to buy and sell drugs on Silk Road. Shrem has denied the charges, through his lawyer.

Bitcoin, the first virtual currency, arrived on the scene in 2009, and its inventor is a mystery, known only by the pseudonym Satoshi Nakamoto. Essentially, Bitcoins and other virtual currencies are “mined” when computers compete to solve complex mathematical formulas – the first to solve a formula is rewarded with 25 Bitcoins. The Bitcoin mine will eventually run out, when all 21 million Bitcoins are created and put into circulation.

Bitcoin transactions are recorded in a public ledger. That ledger, which shows the size, time and number of Bitcoins sent, is necessary to prevent duplicate Bitcoins, but is also the key reason the cryptocurrency is not truly anonymous.

Green and other cryptography experts say patterns in the ledger can be tracked with data-mining software and ultimately traced back to the user. So he set out to work on an untraceable currency, working with three Hopkins grad students and a group of researchers at the Massachusetts Institute of Technology.

Zerocoin was initially conceived as computer code that would add anonymity to Bitcoin transactions. But it is now being developed as a separate currency, after pushback from some Bitcoin advocates, who are seeking to defuse the issue of criminality and win over Congress and federal authorities, by arguing that Bitcoin transactions are traceable.

Green and his graduate students released a paper in April 2013, outlining how Zerocoin would work, hoping that someone would take the research to the next level and write the software code to support it. When no one did, they began writing the code for an exchange. They believe it will be ready in the spring or early summer.

The researchers struggle to explain to those unfamiliar with cryptography how Zerocoin works, and their 2013 paper contains lines such as, “This optimization involves a time-space trade-off.” The simplest explanation they use is that Zerocoins are based on computer code, similar to Bitcoin, and to make the transactions private, they rely on a complicated formula. Users would access Zerocoin using an anonymous web browser.

Inside their third-floor lab in Maryland Hall, at the university’s Homewood campus, home to several working computers and a jumble of hard drives and other computer parts, Green and the grad students are candid about their excitement about the project, their uncertainty about the legal implications of their research and their skepticism of claims that Zerocoin would be exploited by criminals.

Green, who blogs on privacy issues, found himself in the middle of controversy last year, after a Hopkins official ordered him to remove from university servers a blog post that criticized the National Security Agency’s surveillance methods. The university later reversed course.

Privacy is “really important” and virtual currency users need it for various reasons, he said. “Imagine everyone knows you won the lottery and are worth $50 million, and they kidnap you, which doesn’t really happen in the U.S., but is an issue in other countries,” he said.