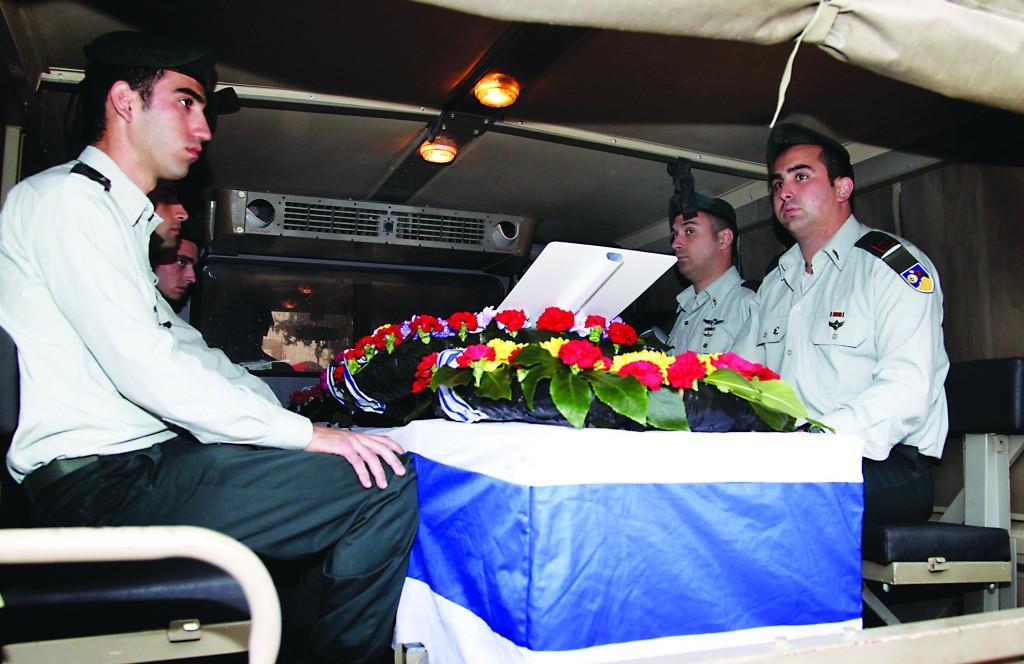 An Israeli soldier was shot and killed by IDF forces when he was mistaken for a terrorist near the Gaza border in the early hours of Tuesday morning.

IDF Captain Tal Nachman, a”h, 21, was brought to burial in Ness Ziona where hundreds of family and friends grieved.

“Tal was the baby of the family,” Nachman’s father Nasi told Army Radio. “We were so proud of him. I guess we didn’t take good enough care of him.”

His father described him as a gifted student who followed his brother into the intelligence reconnaissance unit. Nachman was in the process of training to be a company commander, and Tuesday was to be his last day in Gaza before being transferred to a quieter area for training.

The IDF has begun a full investigation of the incident.