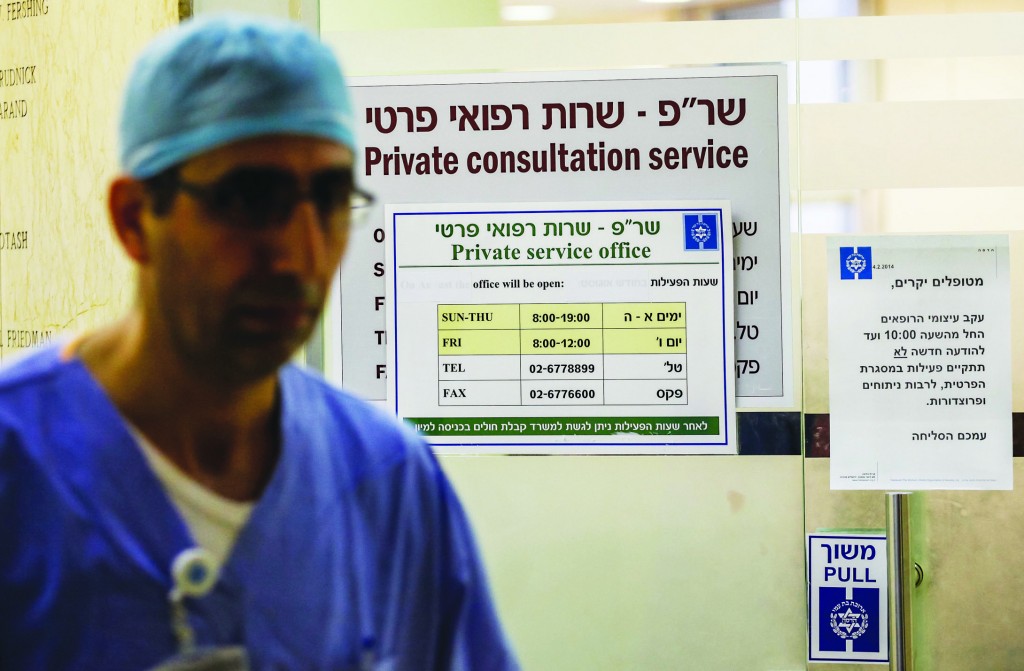 Hadassah University Hospital’s doctors went on strike Tuesday in protest against a fiscal recovery program that they believe will force them to bear the brunt of a huge deficit, Haaretz reported.

The hospital faces a deficit of about 1.3 billion shekels ($369 million), and this month staff will receive only half of their normal salaries.

“Hadassah has been a national asset for more than 100 years. Unfortunately, after more than a year of negotiations, we’ve found that the state has been stabbing us in the back. The government is heading for a stay of proceedings [against creditors] and expects the doctors to bear the burden of the crisis,” said the chairman of the Israel Medical Association, Leonid Eidelman.

“And that’s after they already agreed to bear a portion of the burden. It’s not the doctors’ fault or responsibility, and this catastrophe can’t be placed on the doctors’ shoulders. The prime minister needs to wake up and provide a solution.”

Hadassah Director General Avigdor Kaplan announced several days ago that an agreement with the doctors was near. But then the government stopped transferring funds to the hospital and payrolls could not be met.

“We were just about to seal an agreement in which the doctors would provide more than 250 million shekels to the hospital over three to four years, but the Finance Ministry people decided they wanted more than what we agreed on with the director general,” Prof. Dror Mevorach, who chairs the hospital’s committee of department heads, said.

For the duration, the hospital will operate on a Shabbos and holiday schedule. Emergency-room care and other urgent services including dialysis, childbirth, premature-infant care and oncology will be provided. But most already-scheduled surgery, including after-hours private surgery, will stop. A committee will review individual cases to make exceptions in extenuating circumstances. Teaching will be suspended until further notice.