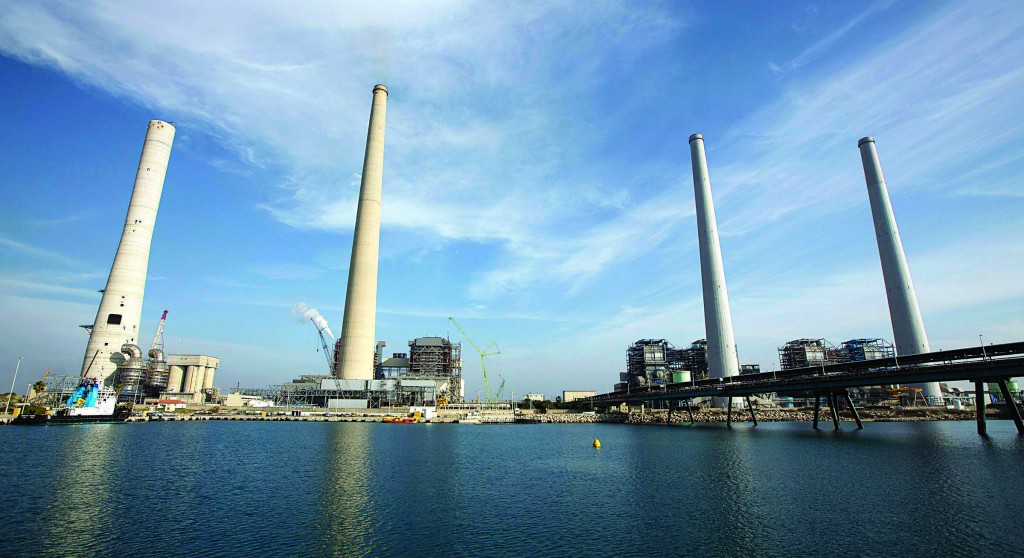 Permanently anchored in the choppy waters of the eastern Mediterranean, the gas tanker Excellence is in a constant state of alert, waiting for the phone call that Israel needs fuel.

The only country in the world to rely on a boat for its emergency energy supplies, the unconventional system proved its worth last month when a massive snowstorm swept Israel, leading technicians to call in for help to meet the surging demand.

The gas, imported and stored onboard in liquid form, was “regassified” and pumped through a special buoy into an underwater pipeline. In less than an hour, the Israel Electric Corp (IEC) had received its badly needed boost.

Israel is near a tipping point. Sometime in the next year or so, gas will surpass coal to become the main fuel for electricity production, a shift made possible by the discovery of huge offshore natural gas fields.

The buoy, about 6 miles from the coastal city of Hadera, was completed a year ago for about 500 million shekels ($143 million). Separate from the exploration network, it offers a back-up in case of a spike in demand or any mishap in the single pipeline connecting the Israeli fields to shore.

A few other deep sea buoys have been built elsewhere in the world, but none are in use, officials said. Usually multi-billion dollar piers and land-based facilities are constructed to receive the liquefied natural gas (LNG).

But when terrorists in Egypt’s Sinai peninsula blew up a cross-border gas pipeline in 2011, Israel instantly lost vital supplies. IEC was forced to burn more expensive diesel and fuel oil and the company’s already onerous debt ballooned to 70 billion shekels.

“We needed to find a creative solution that ensured a reliable gas supply,” said Yaron Ronai, head of IEC’s gas and coal department.

Having the tanker on standby costs $100 million a year and each load costs $50-60 million, but that is by far surpassed by the savings in fuel costs, Ronai said.

It is meant to be just a stop-gap solution. Hopefully in a few years there will be more fields producing gas and a second pipeline connecting them to shore, he said, meaning the huge, red-hulled ship will no longer be necessary.

Israel’s navy has invested heavily to create a defensive envelope around the natural gas operations and officials say there is a military response for any possible terrorist attack.

But much falls on the companies, which also employ private security firms.

“We reduce the risk by being offshore,” said Captain Evelyn Rogge, the ship’s master. “We can leave the area if a situation develops which is not secure anymore. This is a big advantage.”

In an emergency, she said, the tanker can unlatch from the buoy in five minutes and set sail. Otherwise, the only time it is not on standby is during the three days it takes to refill when its cargo runs out.