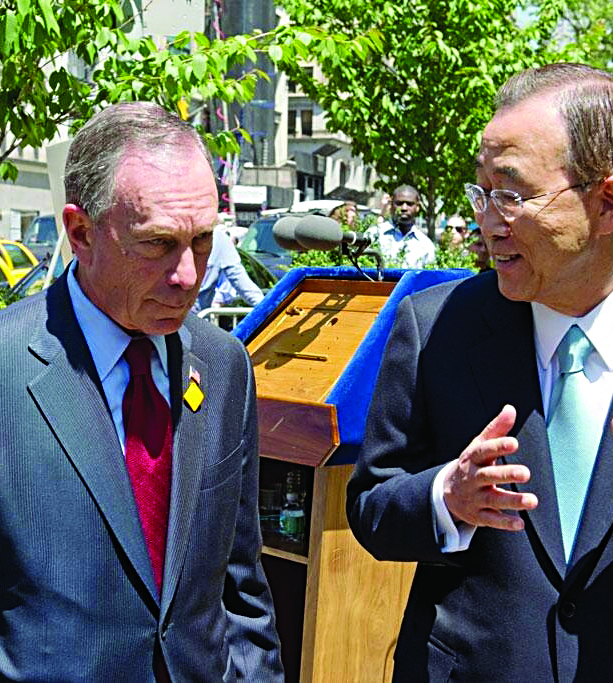 Former New York mayor Michael Bloomberg was appointed Friday to be the U.N. special envoy for cities and climate change, a position that will give the billionaire businessman and philanthropist an international stage to press for action to combat global warming.

Secretary-General Ban Ki-moon chose Bloomberg, who made combating climate change a major focus of his 12 years as mayor and was very outspoken on how cities should be run to cope with ever increasing populations without harming the environment.

U.N. deputy spokesman Farhan Haq said Bloomberg will assist the U.N. chief in his consultations with mayors and other key parties “to raise political will and mobilize action among cities as part of his longer-term strategy to advance efforts on climate change.”

The secretary-general also wants Bloomberg to bring “concrete solutions” to the climate summit he is hosting in New York on Sep. 23 to try to galvanize action to combat climate change, Haq said.

Bloomberg, 71, arrived Sunday in South Africa to co-host the Feb. 4-6 mayors’ summit of the C40 Cities Climate Leadership Group in Johannesburg. The group is a network of large cities from around the world committed to taking measures locally that reduce climate-warming greenhouse gases and global climate risks.

At the summit, Bloomberg will hand over the chair and presidency of the group to Eduardo Paes, the mayor of Rio de Janeiro.